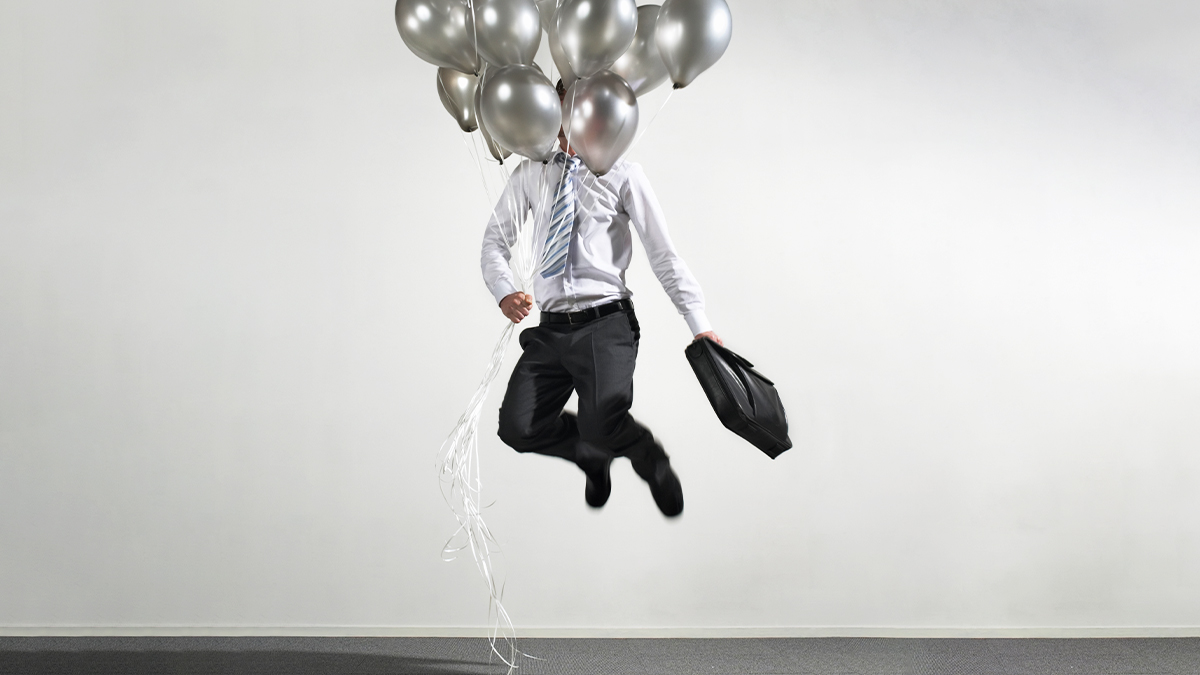 Imagine this scenario: An employee named Rowen arrives at work on his 10-year anniversary and finds a gift card with a sticky note on his desk. The note is from his manager, acknowledging his anniversary. Realizing it didn’t even include a thank-you or a congratulations, Rowen rolls his eyes.

While most companies run employee-recognition programs of some sort, all too often they produce reactions like Rowen’s. Instead of giving people a meaningful sense of appreciation, they become just another box for managers to check and are completely disconnected from employees’ accomplishments. Some companies try to make programs more relevant by giving specific awards to individuals who’ve, say, created and led an important new initiative, “embodied” the organization’s values in their behavior, or had a significant impact. Yet that approach has problems too: Awards can be seen as an elite opportunity for a chosen few — and leave the majority of the workforce feeling left out and overlooked.

If managers could make a far broader group of employees feel appreciated, the benefits would be considerable. Adam Grant and Francesca Gino have found that when people experience gratitude from their manager, they’re more productive. Another researcher recently found that teams perform tasks better when their members believe that their colleagues respect and appreciate them.

But in our combined 50-plus years of working to improve organizations, we’ve observed that many managers struggle to make employees feel that their talents and contributions are noticed and valued. To explore this problem, we recently took a deep dive within an organization to see how organizational efforts to show appreciation and gratitude were perceived. In that project we engaged with both employees and managers through focus groups, survey questions, and learning sessions. And what we discovered was that even though bosses feel it’s challenging to show their staff appreciation, the employees think it’s actually pretty simple.

The Gap Between Managers and Employees

Our discussions surfaced notable gaps between managers’ and employees’ perceptions. First, there was a stark difference between how much managers appreciated employees and how appreciated employees felt. We speculate that the illusion of transparency, or people’s tendency to overestimate how visible their emotions are to others, explains this: Managers incorrectly assumed employees knew how they felt about them.

Second, many managers reported that communicating appreciation seemed really complicated. Some had trouble balancing it with developmental feedback and feared sending mixed messages to employees. Some were concerned that their efforts to offer appreciation to all employees would be routinized and seen as impersonal and meaningless. Employees, on the other hand, did not see this as a complex task and quickly and clearly articulated the precise ways managers could effectively express appreciation. Here’s what they told us managers needed to do:

1. Touch base early and often. While regularly taking time to say hello to employees and check in with them might seem like an unnecessary drain on your productivity, these interactions are actually valuable points of connection for your employees (and for you). They prevent your staff from feeling invisible. One of the employees in our focus groups told us that simply hearing “Good morning” or “How are you?” from his department manager would have been as meaningful as formal recognition. If you create routines that allow your employees to share stories with you about what they’re doing or working on, you can make them feel “known” by you — and stay in the loop on what’s happening within your organization.

2. Give balanced feedback. Employees want to know both what they’re doing well and where they can improve. In our discussions they reported time and again that receiving feedback — positive and developmental — was one of the key things that made them feel valued. As one employee explained, receiving praise from her manager was meaningful, but because she never got improvement-oriented suggestions, she questioned how valid the positive feedback was. Meanwhile, some employees who received only critical feedback seemed to give up, because they felt they could never do anything right.

The trick is to avoid giving both types of feedback at once. When managers try the common sandwich technique, stuffing negative feedback between two layers of positive feedback, employees just get confused. In our experience, the people who needed the developmental feedback most tended to only hear the positive things their manager said, and the people who performed well left remembering more of the negative comments. So be sure to clearly separate out the positive feedback from the developmental feedback.

3. Address growth opportunities. Employees want to know what the future holds for their careers. When managers take time to explicitly discuss growth potential or provide opportunities and “stretch” assignments, employees interpret it as evidence that they’re valued. Conversely, when managers neglect to address people’s development, employees take it as a sign that they are not. One employee told us, “My manager is constantly recognizing my work, and I know that she sees that I go over and above. The issue is that she doesn’t fight to get me new and greater opportunities.”

4. Offer flexibility. Whether managers gave people the option to work remotely or even simply suggested someone come in late the day after working extra hours, employees were quick to interpret it as an important signal of trust and appreciation. One employee told us that he felt the flexible work schedule his manager offered him was “a huge recognition.”

5. Make it a habit. Simply taking a few minutes to tell your employee specifically what you value about their contributions can have a tremendous impact. Try to build it into your regular routines, perhaps by spending the first 15 minutes of your week writing a personal thank-you note or starting your team meetings with shout-outs briefly acknowledging accomplishments of individual team members. The range of options are almost limitless. Some managers we spoke to gave food and gift cards as tangible expressions of their appreciation; others made it a point to visit with each of their reports daily. The idea isn’t to create an automatic system for thanking employees, however; it’s more about giving yourself permission to express your appreciation in a way that feels natural to you.

Employees were equally clear about the ways in which managers communicated a lack of appreciation for them. Here are some common things managers get wrong:

1. Expressions of gratitude that are inauthentic or sweeping generalizations. Appreciation needs to be specific and genuine. While employees were enthusiastic about the variety of ways in which gratitude can be expressed, they were not moved by empty or offhanded gestures. There’s a big difference between yelling a thank-you on your way out the door versus sitting down with someone to describe the things you value about their work and its positive effect on the team or organization.

Meaningful expressions of appreciation were often described as timely, relevant, and sincere, and expressions that come off as hollow may actually be worse than no thanks at all. Managers also need to tread carefully when recognizing everyone on a team. Sometimes a group’s performance is not a reflection of equal contributions from all its members, and you run the risk of alienating high performers if everyone receives the same recognition.

2. Neglecting standard company procedures. Many busy managers feel that procedures like annual reviews, quarterly check-ins, and nominating employees for awards are a waste of time. But to employees, they’re important milestones that provide clues about their progress and performance. When a manager skips them, employees often infer that they, not the procedure, are what the manager doesn’t value. If you’re going to deviate from the organization’s rulebook, at the very least you need to be explicit with your employees about why, or they might conclude that your inaction is a statement about them.

3. Letting employees feel isolated from coworkers or the larger organization. For managers, it’s much easier to see how the contributions of each person fit with the work of others, but employees often lack that insight. When managers highlight how employees use one another’s work within their department or across others, it sets the stage for appreciation to spread throughout the organization.

4. Sudden or unexplained shifts in your appreciation practices. If you haven’t been focused on showing your employees appreciation, don’t overcompensate for it; chances are, they’ll see your efforts as insincere. Instead, let them know that you’re working on developing your gratitude skills as a leader. Take time to ask how they’d like to be recognized. Some may enjoy being thanked publicly, while others will bristle at the idea. The key is to know your employees’ individual preferences.

The best part of appreciation is that it’s free and doesn’t consume a lot of time. Anyone at any level can offer appreciation. It can be directed toward an employee, a colleague, or a boss. But when leaders get involved in the effort, a culture of appreciation spreads more quickly.

One thing that helps is getting together with other managers to discuss gratitude strategies that have worked well (or haven’t). If you’re a manager, consider partnering with one or more peers to exchange ideas and create accountability for your efforts.

At the end of the day, building a culture of appreciation comes down mostly to a lot of small commonsense practices: Not taking your people for granted. Remembering to say thank-you in a personal and sincere way. Making it clear that you’re interested in your employees’ growth and in them as individuals.

Start by expressing more gratitude to those around you and see what happens. You might be surprised at what a big difference the little things can make.