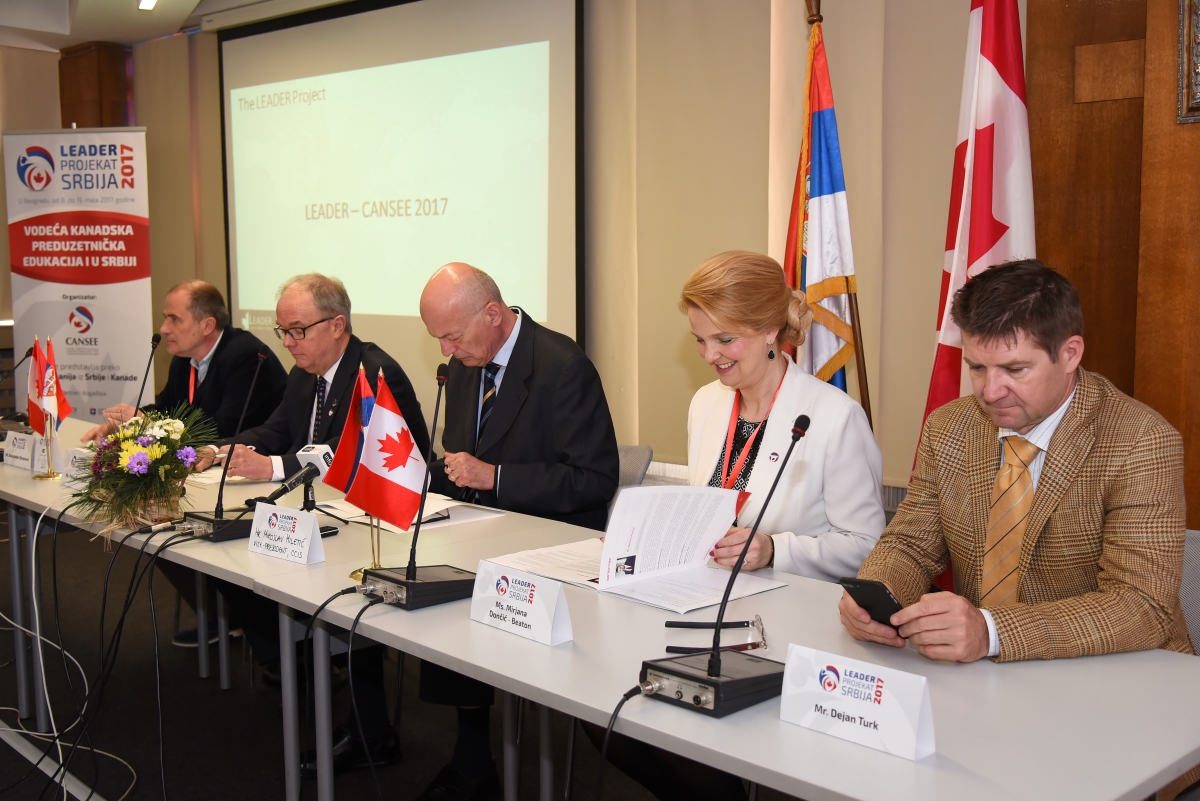 The Canadian educational program for entrepreneurs, LEADER project Serbia 2017 from the Richard Ivey School of Business, one of the best-rated business schools globally, was officially opened on Monday, May 8, 2017. The program is held in Belgrade for the second year in a row and is organized by the CANSEE Canadian Serbian business association in cooperation with the Chamber of Commerce and Industry of Serbia and the Embassy of Canada to Serbia, Macedonia and Montenegro.

Mirjana Dončić Beaton, Managing Director of CANSEE, said that Richard Ivey is one of the most prestigious business schools in the world, that has been organizing this MBA project for young entrepreneurs for the past 26 years. The course is targeting people who want to start their own business and acquire necessary skills in finance, marketing, management and human resources.

– This is one of the ways in which we stimulate economic cooperation between Serbia and Canada, as well as competitiveness of young Serbian businessmen, as we believe that this is one of the foundations of a developed society. As a developed country, Canada has good educational methods and this project is one of the best in the world – said Dončić Beaton.

Ambassador of Canada to Serbia, HE Philip Pinnington, reminded that CANSEE was organizing the LEADER project for the second year in a row with the aim of stimulating the development of entrepreneurship in Serbia. He emphasized that a larger number of participants applied for the program this year, and that the attendees will be introduced to the best global entrepreneurial practice over the 10-day training course with the help of five Canadian instructors of the Ivey Business School. He emphasized that the young people should use the opportunity to receive training and education, thereby acquiring new knowledge and perspectives to be used in their own business. The ambassador added that the business sector in Serbia, as well as in Canada, could always be enhanced with new ideas.

Vice President of the CCIS, Miroslav Miletić stated that the LEADER project is one of the many projects the CCIS organized in cooperation with partner associations and that the education is crucial to CCIS.

The 10-day course will be attended by 40 participants, mostly young entrepreneurs from various industrial fields – IT, food and pharmaceutical industry, design, mining and geology and others.

The course will focus on acquiring the necessary skills and knowledge important for entrepreneurship development. During two weeks, the participants will create, develop and present their business plans. The Canadian LEADER project is an international educational program which has been realized in eight countries worldwide since 1991. It has the form of MBA program-styled workshops, specially prepared according to the attendees’ profile in order to enable them to develop their own business ideas.