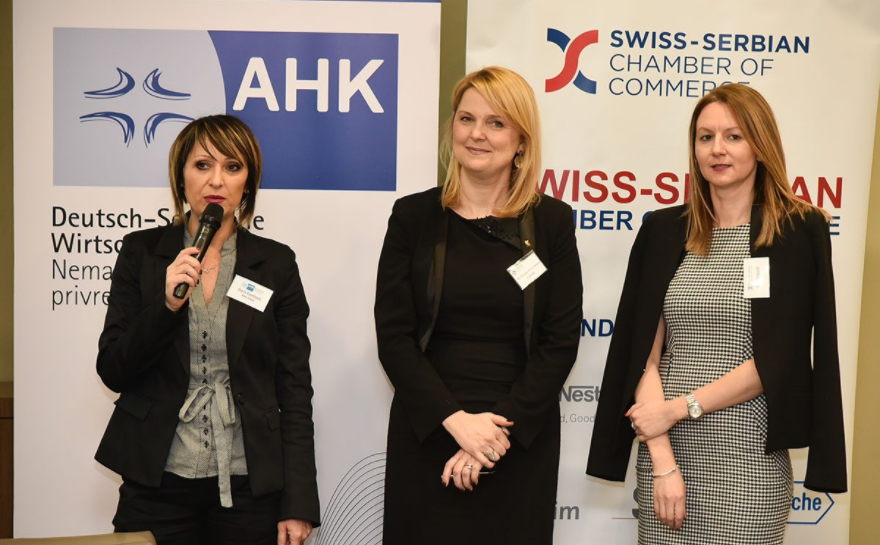 The trilateral Speed Business Meeting was held at Hotel Crowne Plaza Belgrade on Wednesday, March 28, 2018, involving over 60 companies, members of the German Serbian Chamber of Commerce (AHK Serbia), the CANSEE Canadian Serbian Business Association and the Swiss Serbian Chamber of Commerce (SSCC) to the end of direct meetings and enhancement of cooperation between the member companies of the three business associations.

Modeled after the best business practices of Western European countries, the concept of speed business meetings between representatives of companies from various sectors is an innovation in the way of expanding the contact network and initiating future cooperation between the member companies.

This concept is becoming increasingly popular in Serbian business community.

All the representatives of the participating companies were given an opportunity to present themselves to the potential business partner in a ten-minute, one-on-one conversation, to exchange information and establish communication for future cooperation.

Representatives of the German, Canadian and Swiss chambers of commerce in Serbia said that such meetings enhance business cooperation between their member companies and strengthen the synergy between the chambers.

Speed Business Meeting was supported by DOBA Faculty, the general sponsor of the event, as well as Hotel Crowne Plaza, Adria Media Group and HR Centar.