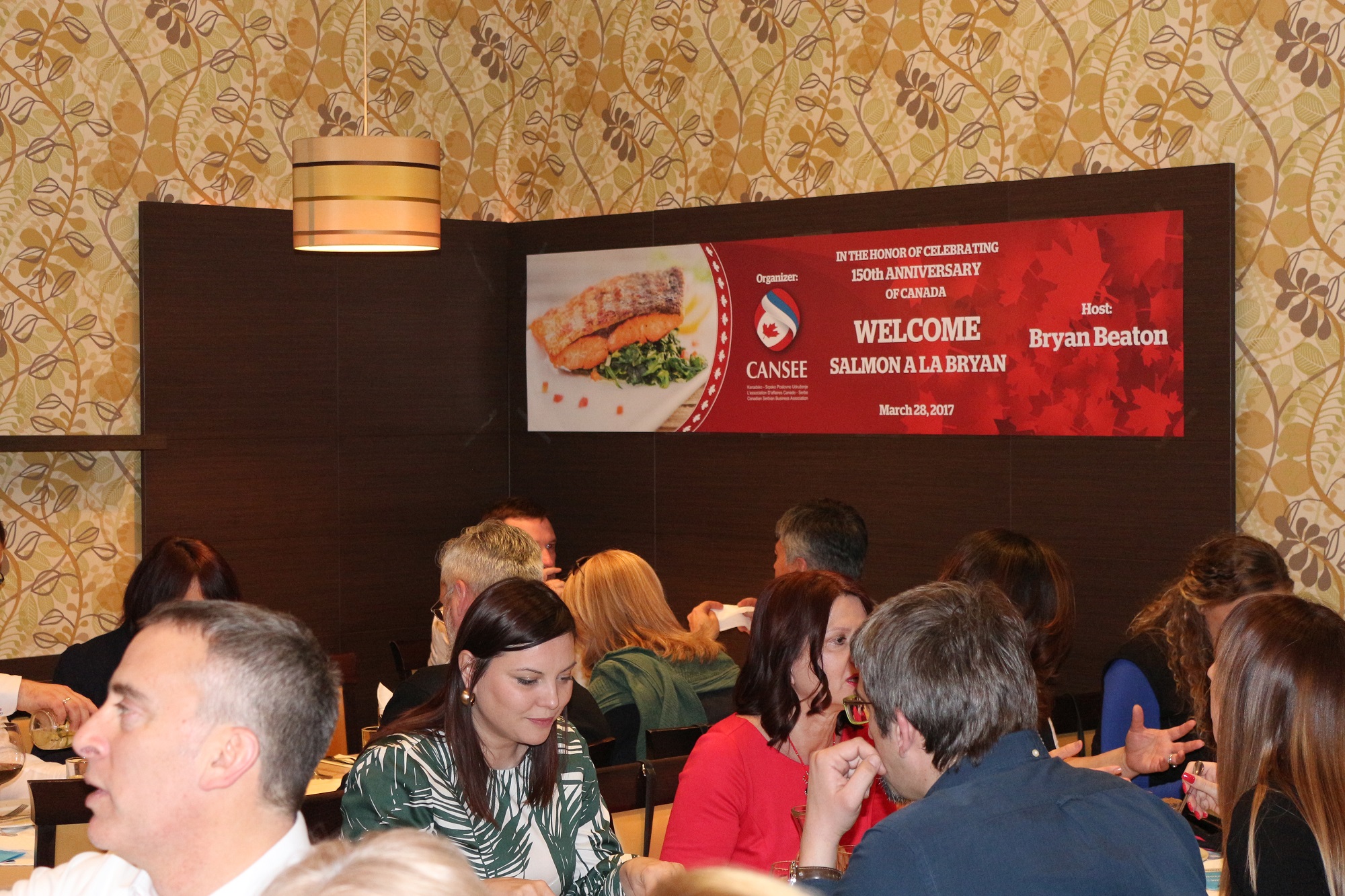 Salmon dinner in honour of 150th anniversary of Canada

The event was attended by HE Philip Pinnington, Ambassador of Canada to Serbia, Ms. Erica Pinnington, Canadian Embassy representatives, as well as members, partners, associates and friends of CANSEE association.

In a addition to the tasty dinner, special CANSEE lottery was organized for the first time, thanks to Air Transat company and Mr. Goran Jokić, Director for West Balkans, who generously donated two return tickets to Toronto! We wish to thank Air Transat and also congratulate to our lucky winner, Ms. Erica Pinnington!

The aim of these after-work networking events is to allow CANSEE members to get to know each other better in an informal and pleasant environment and share experiences and business ideas that would hopefully bring about some mutually beneficial business relationships. Since year 2017 marks the big anniversary of Canada, we think that these events are a great opportunity to increase the visibility of Canada and Canadian business practices in Serbia.