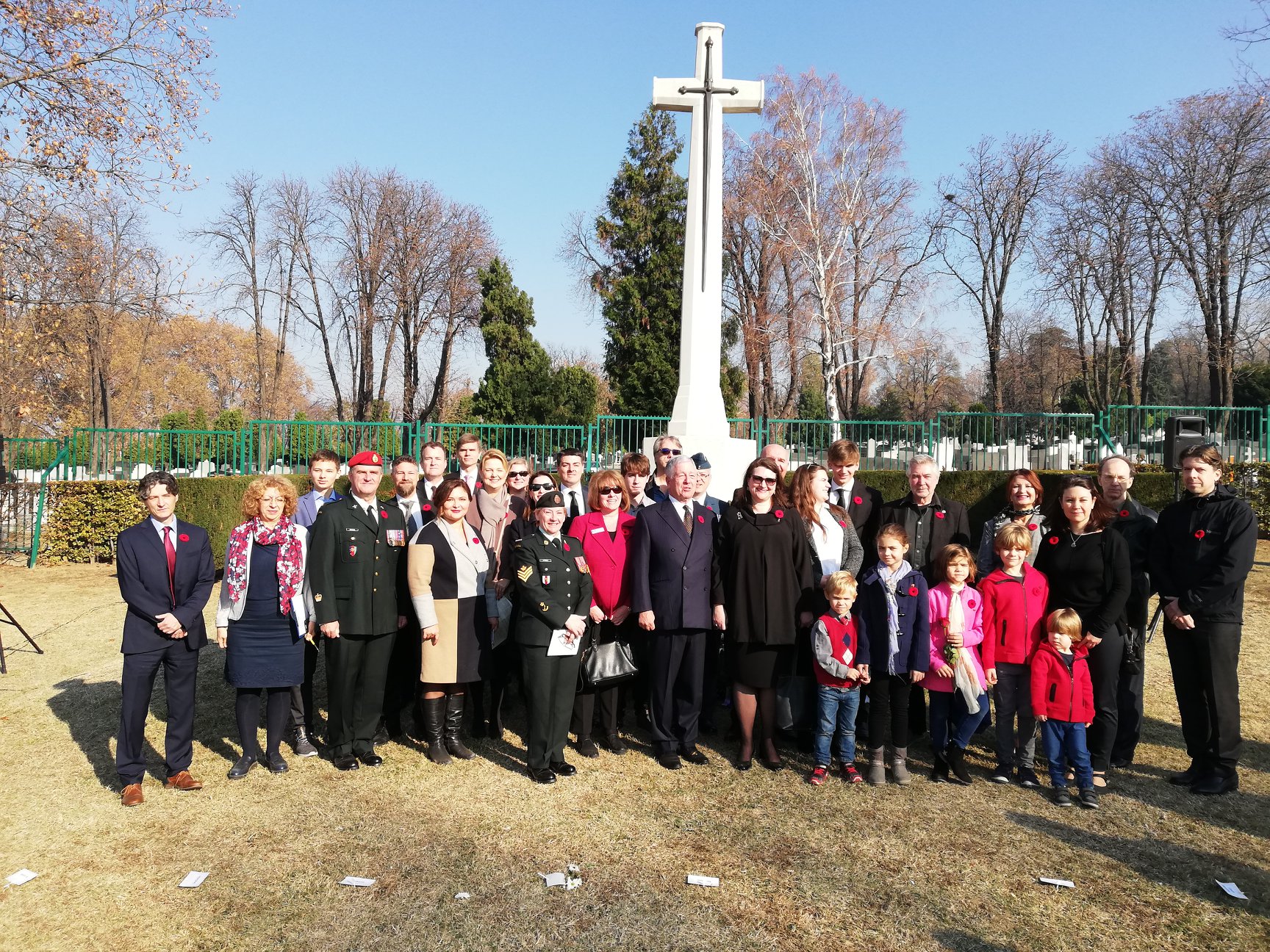 Canada hosted the Commonwealth Remembrance Day service in Belgrade on November 11, 2018, the one hundredth anniversary of the World War I armistice. Serbia and Canada fought as allies in a war which caused tremendous losses, including one quarter of Serbia’s population. The memory of these who gave their lives to national service is marked each year in Belgrade’s Commonwealth War Cemetery. Ambassador Kati Csaba noted: “This is a special moment—to nourish a bond which stretches across these hundred years, uniting present generations with those who have gone before us, and paid the ultimate price.”

The wreaths were laid by representatives of the Ministry of Labor, Employment, Veterans’ Affairs and Social Affairs, the Ministry of Defense, the City Assembly of Belgrade, the Association for the Care of the Tradition of Liberation Wars before 1918, the Association of the Descendants of WWII Victims, the Embassy of Foreign Countries in Belgrade and Aleksandar Karadjordjevic.

Ambassador Kati Csaba was holding the article on Canadian female solider Josephine Jo Whitehead who fought in the Serbian Army during WWI published in Serbian daily Politika in honour of Remembrance Day.

On the Day of Remembrance, the flower of the Poppy is remembered as a reminder of a bloody-red flower that is still growing at the places of battle in France and Belgium, as described by Canadian Lieutenant Colonel John McCrae, a doctor and teacher, in his poem “Na Field In Time “(In Flanders Fields).