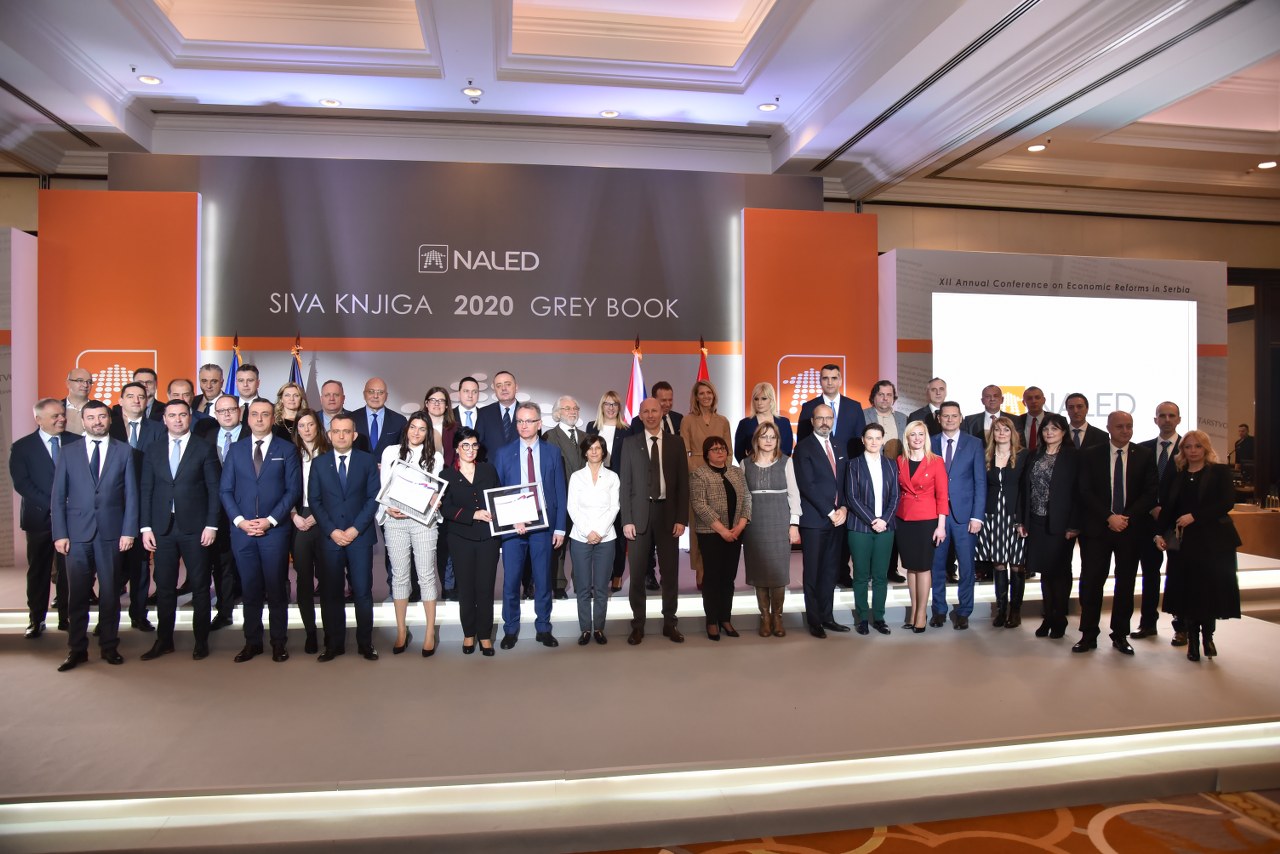 The new electronic flat-rate taxation system, the abolition of tax returns in order to more efficiently record property rights in the cadastre and the introduction of a simplified procedure for hiring seasonal workers are three NALED-reformed years for which special team honors have been awarded to public administration employees responsible for their successful enforcement.

The awards were presented at the 12th Annual Conference on Economic Reforms, at which NALED presented the 12th edition of the Gray Book, with 100 recommendations to ministries, local governments, and other line institutions to reduce bureaucratic barriers to doing business in Serbia. That 2019 was a successful reform year as evidenced by the fact that 17 recommendations of the Gray Book have been implemented, which is the best result in the last five years and 40% more than in the previous edition. The conference highlighted that the Ministry of Finance and the Tax Administration had the most success in resolving the recommendations of the previous issue of the Gray Book. Over the past year, an electronic system and an objective formula for automatic flat-rate tax calculation have been devised that introduces cost predictability for more than 100,000 entrepreneurs.

The next step is to introduce the ability to consolidate tax payments into one instead of four accounts.