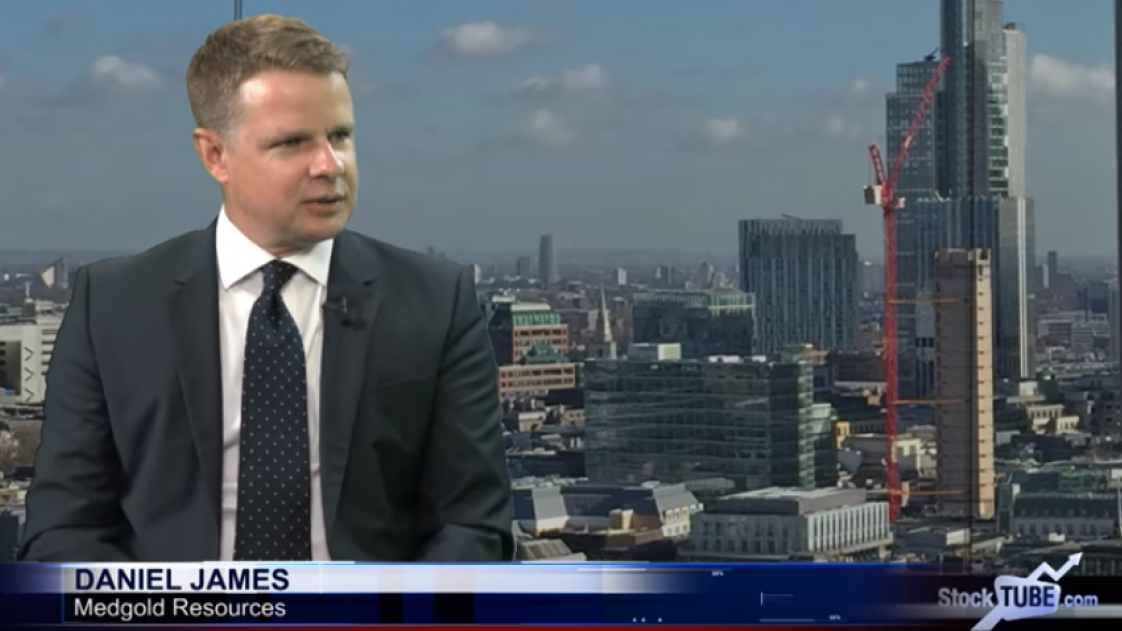 Vancouver, Canada, July 18, 2017, Medgold Resources Corp. (TSX-V: MED) (the “Company” or “Medgold”) is pleased to announce that the recently completed Induced Polarization / Resistivity (IP-Res) geophysical study at the Tlamino Project, Serbia has identified a high chargeability anomaly which extends to the west of the Barje outcrop under cover for over 1 km. Furthermore, recent saw-cut channel sampling from Barje, with the objective of extending channel samples previously reported, has yielded a best intersection of 44 m at 3.1 g/t Au, which, when composited with the results of the channel which it extends, gives an overall intersection of 84 m at 5.6 g/t Au.

Dan James, President of Medgold, commented: “We are very encouraged by the IP results. They have highlighted a very significant anomaly at Barje, which we assume to be associated with sulphide mineralization, and it extends for over a kilometer to the west of the main outcrop. This zone has never previously been identified, nor sampled, and as it’s a blind target our drilling program scheduled for this summer will test this anomaly in several places. The new channel results are also very encouraging, as these are continuations from earlier channels, and now demonstrate a zone consistently of high-grade mineralization over a significant width and height. The Barje Zone, therefore, now demonstrates an attractive combination of high-grade surface results and a large blind high-chargeability anomaly.”

The objective of the 39 line-kilometre IP-Resistivity program was to analyse an area covering 4 sqkm, focusing on the Barje-Liska prospects, for near-surface sulphide-rich mineralization. The program commenced at the Liska prospect, which has been historically drill-tested for Pb-Zn mineralization by the former Yugoslav government in the 1950s and 1970s, and results from both the drilling and IP-Res survey confirm a geological model for areally extensive and flat-lying mineralization.

At Barje, located 1.5 km to the northeast of Liska, a large high-chargeability anomaly was identified. The anomaly measures approximately 1 km east to west and approximately 400 m north to south. The southern limit of the anomaly appears to track a large-scale regional detachment fault, which has been assumed to be a principal control on mineralization at both Barje and Liska, and its surface expression trends east-west. The anomaly continues northwards, which is considered to be the northerly extension of the same detachment fault, but beneath cover and steepening topography. Interestingly, the high-grade saw-cut channel sampling completed at the main Barje outcrop is located on the eastern flank of the chargeability anomaly. At this stage, it is unknown whether the chargeability anomaly is directly related to gold mineralization, but it is clear, however, that the surface rocks exposed in the area of the chargeability anomaly consist of schists which display similar alteration and mineralization as seen in the schist stratigraphically overlying the mineralization at Barje.

Following-on from channel sampling undertaken at the Barje outcrop early this year, and reported in a news release on January 9, 2017, a second phase of diamond saw-cut channels were completed and assayed. A total of 73 samples were collected, each of 1 m length, for a total of 73 metres of channeling. Sampling procedures were identical to those reported in the news release of of January 9, 2017. The objective of the work was to extend the channel lines further to the east and north of the exposure, where previous samples ended in high-grade assays.

A summary of the length-weighted results is shown in the table below and location maps can been seen on our website by clicking here.

*AuEq is calculated from Au & Ag using a price ratio of 70:1

The channel samples described here represent the sampling of an outcrop face. Medgold’s current exploration model for Barje is premised on the interpretation that the outcrop face represents a faulted oblique cross-section through ‘strata-bound’ mineralization. However, Medgold does not yet have direct observational evidence to suggest its interpretation is correct. The reader is cautioned therefore that the true thickness of the mineralization described here is unknown, and further work will be required before the true thickness of mineralization can be determined.

Adding results from Channel 02, from the first phase of sampling, to Channel 11, from the second phase, creates a contiguous channel interval of 84 m at 5.6 g/t Au and 105.2 g/t Ag. This channel, in combination with the other parallel and conjugate channels, clearly demonstrate a consistently high-grade mineralized zone extensive over a broad area. From a total of 205 samples, combining both phases of sampling, and applying a top-cut of 31 g/t Au (affects 4 samples) and 700 g/t Ag (affects 6 samples), the average grade is 5.6 g/t Au and 130 g/t Ag, and 198 samples (97%) returned assays greater than 1 g/t Au. The overall area sampled is approximately 100 m by 30 m. Mineralization appears open to the west, north, and east.