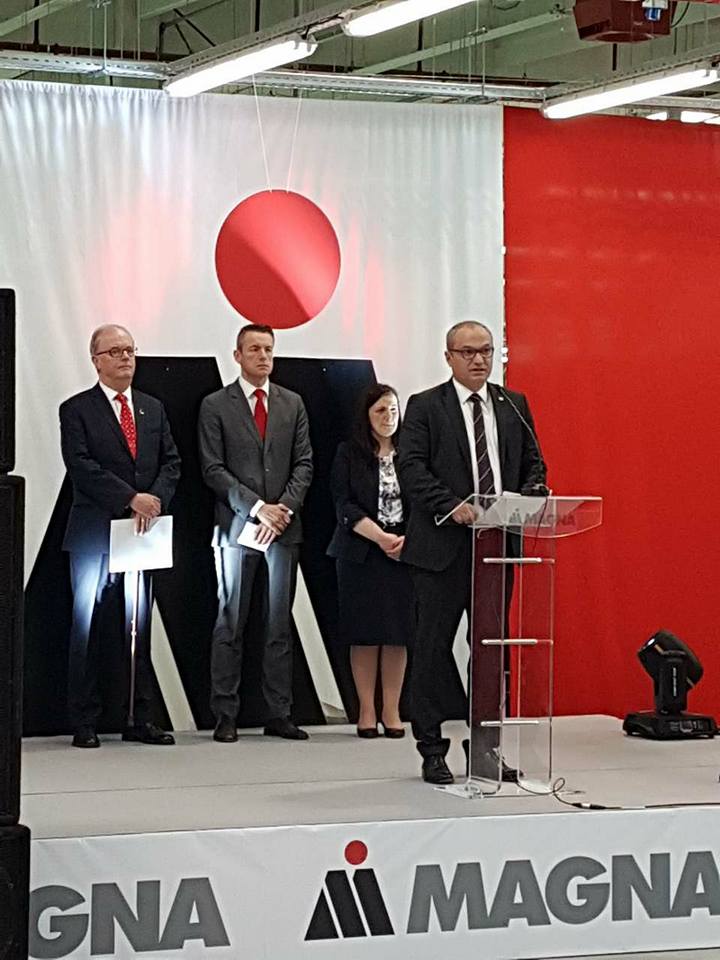 The Canadian-Czech company Magna Seating opened a new, 10,000-m2 facility in Odžaci on May 18, as reported on the website of the Government of Serbia.

This factory, which produces car seat covers, operates in 18 European countries, and has been present in Serbia since 2013, when the first, 4,300-m2 factory in Odžaci was opened.

Magna Odžaci employs 1,100 people for now, and according to the current contract, the number is to be increased to 1,650, Prime Minister Aleksandar Vučić reminded on the occasion of opening the new facility.

He pointed out that the Government of Serbia was ready to help the company financially if it raised the number of employees to 2,500.

– Magna could get even more substantial subsidies from the government, because we want people from every place in the Odžaci area to have a future – Vučić said. As he added, the government has invested EUR 4.45 million in Magna Seating so far.

The opening of the new facility was attended by Ambassador of Canada to Serbia Philip Pinnington, Minister of Economy Goran Knežević, Minister of Labor, Employment, Veteran and Social Policy Aleksandar Vulić and representatives of the company’s management and the local self-government.