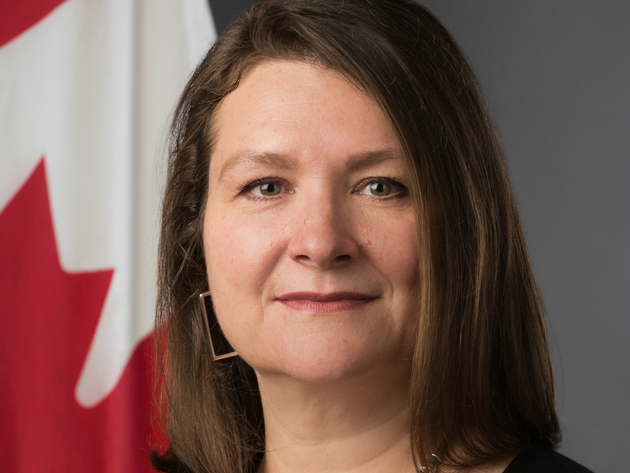 Kati Csaba, Ambassador of Canada to Serbia – A direct air line would mean a lot to both countries

Canada’s economic and political relations with Serbia are overall quite positive, although there is always scope to improve, Ambassador of Canada to Serbia Kati Csaba says in her interview for eKapija.

She adds that, as a new arrival, her priorities are to continue building and strengthening the trade and investment relationship, and to support Serbia’s European Union aspirations.

– So far, in my first meetings with Serbian government representatives, I am glad to hear that our relations are also viewed positively from the Serbian side – Csaba adds.

When it comes to Canada’s business engagement with Serbia, Csaba says that the main sectors are in mining, information and communication technologies, agriculture and agri-food, manufacturing, and pharmaceuticals.

– That gives us lots of scope to promote new partnerships, and we are ready to support new market sectors as they emerge in the future.

eKapija: How often do Canadian businessmen turn to you for advice as to how to reach the Serbian market and how do you present Serbia as an investment destination to potential investors?

– I have already met with a number of Canadian business people in the few months that I have been here, and I am happy to promote Serbia as a good destination for potential investors. We have a small but excellent trade team at the Embassy, and we can provide a range of services to support interested investors.

eKapija: What are the biggest advantages of Serbia when it comes to attracting investments? What are its flaws and in which areas can it improve?

– Serbia is a developed, middle-income country, with a skilled and educated workforce, solid infrastructure, and proximity to important markets for Canada. Serbia has made good progress in creating a better environment for business, as demonstrated by its improved ranking in the most recent Ease of Doing Business report.

Some of the reforms underway in line with Serbia’s EU aspirations will also contribute to a stable and predictable business environment, including around the rule of law.

eKapija: How important is the existence of the Canadian Serbian Business Association (CANSEE) for the strengthening of business connections between the two countries and to what extent is the Embassy involved in the chamber’s operations?

– CANSEE is quite a young organization, but it is already playing a significant role in supporting the business connections between our two countries. It has a large and active membership, and organizes a number of events to support the work of its members.

The Embassy sees CANSEE as an important partner in strengthening our trade and investment relationship, and we work closely with CANSEE’s president and managing director.

eKapija: How many Canadian companies do currently do business in Serbia?

eKapija: Mining companies from Canada are very active in Serbia. How important are their experience and high business standards to a further development of this sector in Serbia?

– Mining is indeed our largest sector of investment in Serbia, and we have a good number of companies active here.

eKapija: According to your data, what did the trade between Canada and Serbia amount to last year? What did Serbia import the most and what did it export the most to Canada?

– According to the latest Canadian data we have available, which covers January-November 2017, Canada’s exports to Serbia amounted to CAD $17.7 million, which is an increase of 30.5% over the same period the previous year. Wood pulp was our biggest export.

Canada’s imports from Serbia amounted to CAD $61.7 million, up 12.3% from the same period the previous year. That makes our total two-way trade in this period CAD $79.4 million. Canada’s biggest import from Serbia in 2017 was copper pipes and tubes.

eKapija: Canada actively supports Serbia on its way to joining the EU. How would you rate the results Serbia has made so far in that respect?

– Although we are not a part of the EU, Canada places a high priority on supporting Serbia’s EU integration, as the best way to ensure regional stability and prosperity, and in line with Serbia’s foreign policy priorities.

Serbia is making good progress in addressing the numerous reforms required, but of course much work remains to be done. We look forward to seeing the EU’s strategy for Western Balkans enlargement when it is published soon, and what the implications of that strategy will be for Serbia.

eKapija: It seems that a direct air line between Belgrade and Toronto might finally be launched this year. How important would this be for both countries, especially in terms of the enhancing of the business cooperation and the development of tourism?

– I would be happy to see a direct flight put in place between Belgrade and Toronto, and we are ready to support this process whatever way we can. However, I have recently heard that Air Serbia has postponed its plans to put this direct flight in place until 2019, due to various factors.

Once this does go forward, I think it will contribute significantly to business and tourism cooperation. With the large Serbian diaspora in Canada, there should be lots of potential clients for this direct flight.

eKapija: Tens of thousands of people of Serbian origin live in Canada. How integrated is the Serbian diaspora into the Canadian society and how important is it to the promotion of the relations between the two countries?

– People of Serbian origin have been migrating to Canada for decades, so the Serbian diaspora includes 2nd and 3rd generation Canadians as well as recent arrivals. According to our most recent census in 2016, there are almost one hundred thousand ethnic Serbs in Canada.

Canada places great value on respecting cultural diversity, so the Serbian community has been able to integrate fully into Canadian society while also nurturing their cultural traditions. I have a number of friends in the Serbian-Canadian community whose children speak fluent Serbian and enjoy Balkan music, for example.

The diaspora is at the heart of our people-to-people ties, and a number of Canadian companies interested in trade and investment with Serbia have strong diaspora connections.

eKapija: Canada was traditionally very active in our country in various fields, from education, social inclusion, culture, to ecology and other areas. Serbia and Canada are also bonded by strong cultural and historical ties. What is cooperation between Canada and Serbia like in other fields and how does your embassy promote Canada in Serbia?

– Cultural and historical ties underpin our bilateral relations more broadly. As we plan how to commemorate in 2018 the 100th anniversary of the end of World War I, I am regularly reminded of the important cooperation between Canada and Serbia during both world wars.

We also promote higher education at Canadian universities. Every year, over 350,000 international students choose Canada as their study destination. Serbian students are particularly interested in Canadian postgraduate and co-op programs that allow students to study and work in their field of interest.

Canadian universities and colleges regularly participate at regional education fairs. Canada will again have a significant presence at the upcoming Belgrade EDUFair in March.

We also foster university to university cooperation. An excellent example is the productive and ongoing cooperation between the Belgrade University of Arts and UniversitÃƒÂ© de Trois RiviÃƒÂ¨res over the past decade. The Serbian Association for Canadian Studies (SACS) brings together Serbian Canadianists – professors and postgraduate students working on institutional and individual research programs related to Canada. They organize biannual international conferences on a variety of themes related to Canadian studies in Serbia; the latest one took place at the University of Belgrade in April 2017. Our FaceBook and Twitter sites offer information on a broad range of issues and upcoming activities, so we encourage your readers to sign up!