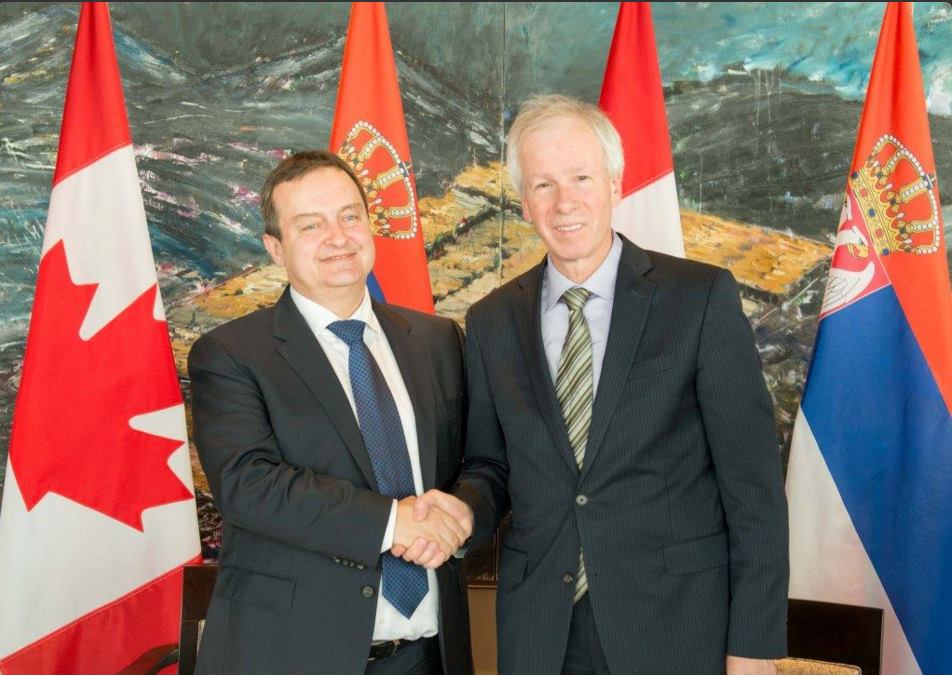 Dačić was on a two-day trip to Canada, where he had meetings with Foreign Affairs Minister Stéphane Dion and Immigration Minister John McCallum. Minister Dion and Minister Dačić reviewed elements of the Canada – Serbia relationship and discussed topics of mutual interest, including security in the Western Balkans and broader region, human rights, the rule of law and deepening bilateral trade and Canadian investments in Serbia.

The ministers, who signed a declaration of intent on an agreement on air transport, expressed the hope that the agreement will be signed soon – by the end of 2016 or in early 2017.
This agreement will improve the ties between the two countries, it was said at the meeting.