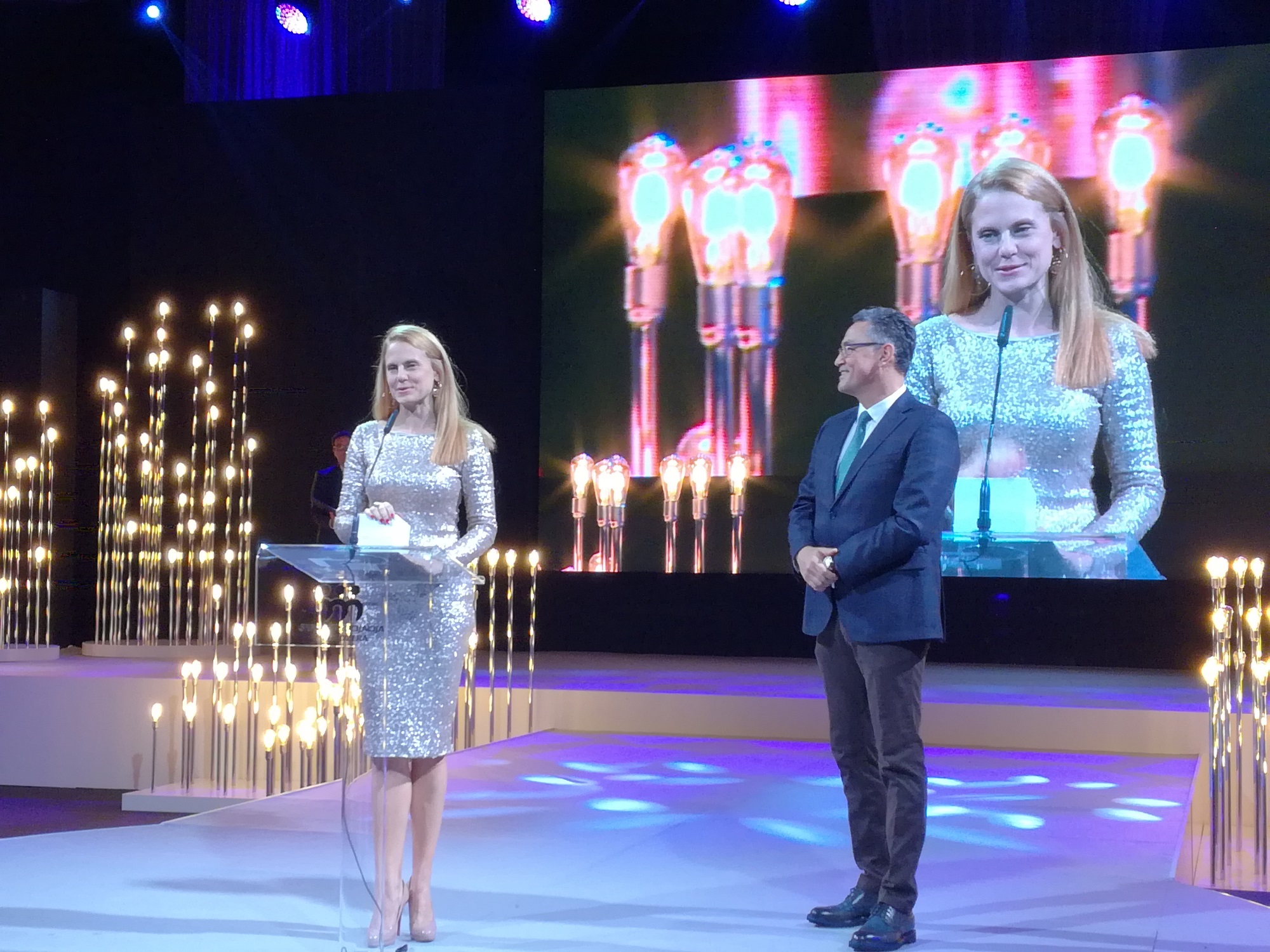 Company Delta Holding has won two annual awards of the Serbian Association of Mangers in the categories of Socially Responsible Company of the year and the Best Talent Development Program.

The awards were presented to the Company’s Senior Vice President Marija Desivojević Cvetković at the Gala evening held in Belexpocentre.

Project “Young Leaders” has been successfully realized in Delta Holding for 5 years. Since 2012 more than 15,000 talented young people with no working experience have applied for this job advertisement while 155 selected applicants have gone through the program and got employment. Today many of them have important positions in the Company.

One of the CSR projects that has been recognized as best case practice, “Plantation for Future”, realized by Delta Foundation was initiated at the beginning of 2015 with the aim of helping socially vulnerable population by improving agricultural production in the areas of fruit and vegetable cultivation and pig breeding. Within the project financial grants are awarded to agricultural enterprises employing poor population, village women and persons with disabilities or provide support to associations advocating interests of persons with disabilities.

Serbian Association of Mangers (SAM) has given SAM Annual Awards to the best companies and people in Serbia for six consecutive years. SAM gives these prestigious awards to managers, companies, individuals and initiatives striving for better conditions of business operations, professional improvement of the manager vocation, promotion of ethical and socially responsible business, development of leadership among young people, as well as better life of all citizens in general.