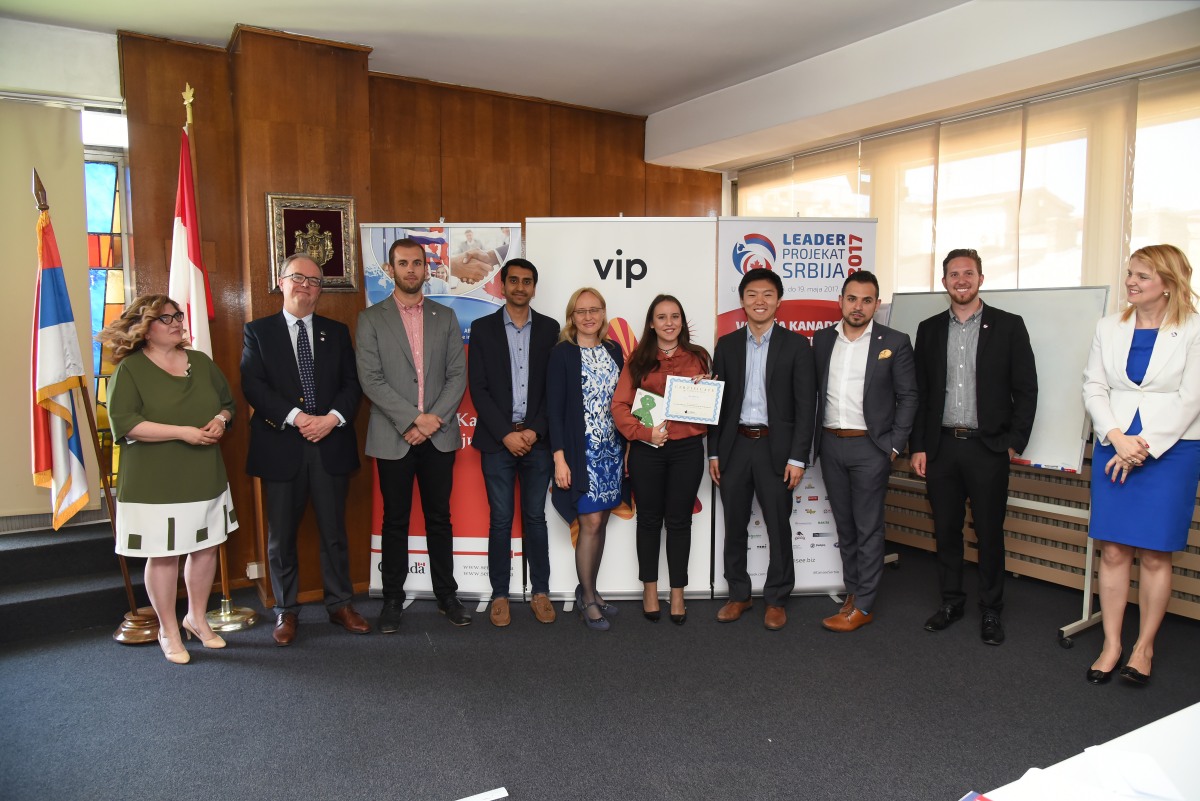 Canadian educational program, “LEADER Project Serbia” from the Ivey School of Business from Western Ontario, one of the top-ranked business schools in the world, was officially completed on Friday, May 19, 2017.

At the very end of the two-week program, the participants, forming the selected forty best entrepreneurs from Serbia, simulated the discussion with the investment banks and funds, by presenting their business plans to an eight-member jury.

Following the consultation of the jury, formed by the five Canadian LEADER instructors, H.E. Philip Pinnington, The Ambassador of Canada to Serbia, Ms. Gordana Gavrilović, the member of CANSEE BoD and Ms. Natali Delić, Chief Technical Officer at VIP mobile, four participants with the most outstanding business plans, ideas and analysis were announced:  Ms. Sanja Milosavljević, Ms. Mirna Ivić and Mr. Srđan Marković and Mr. Sreten Komlenović, whereas the winner was Ms. Una Vidaković, whose idea of creating a web platform for connecting handicraft producers and buyers was announced as the best on the LEADER project Serbia 2017.

“As a member of jury, I have listened to different presentations for the new business ideas and I was amazed by the quality and originality of the ideas people came up with and how they think to start a business and run a business here in Serbia”, said H.E. Philip Pinnington, ambassador of Canada to Serbia.

Mirjana Dončić Beaton, CANSEE executive director, stressed that the LEADER project is the proof that there are many enthusiastic and creative young people in Serbia, who have excellent and achievable  ideas. “Through the exchange of knowledge between Serbia and Canada which this course provides, we are able to raise the profile of entrepreneurship in Serbia to the global standards”, said Dončić Beaton.

Una Vidaković, a student from Belgrade and the winner of this year’s LEADER project, thanked the organizers for the successfully realized program. “In the past two weeks, we had an incredible opportunity to gain new knowledge and experience and also establish a great business connections and friendships. Our two-week operation was crowned with the presentation of our business plan which we presented the business idea, which was developed during the course.”