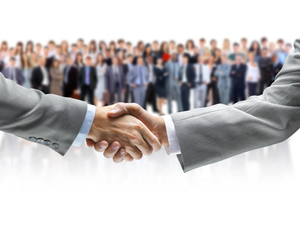 The Government of Serbia and the Foreign Investors Council (FIC) concluded on Friday, May 26, 2017, that they should join forces in improving the business environment and secure better conditions for the arrival of investors to Serbia.

At the first session of the working group for enhancing and carrying out the suggestions from the FIC White Book, presided by Prime Minister Aleksandar Vucic, the next steps to be taken to the end of improving the business environment and creating better conditions for the arrival of investors to Serbia were defined.

– Public finances of Serbia are under control and it is important for us to strengthen the macroeconomic safety of the country and develop a favorable business environment in the upcoming period – the prime minister stated, as reported by the Government’s PR Office.

– It’s important for us to work together in six areas, namely, taxes, labor, inspection and food safety, real estate and construction, electronic business and bankruptcy proceedings and foreign exchange transactions. We have formed operating bodies for each of these areas in order to achieve the set goals as efficiently as possible – Mihajlovic said.

President of the FIC, Yana Mikhailova, said that the Council supported the beginning of the activities of the joint working group as it was a clear sign of joint dedication of the Government and the Council to planned activities on enhancing the business environment.

– The formation of the working group provides a solid foundation for our cooperation, We believe in setting clear and ambitious goals. Where there’ a will, there are results and this is a unique opportunity to speed up further progress and to make Serbia a better place for doing business – Mikhailova said.