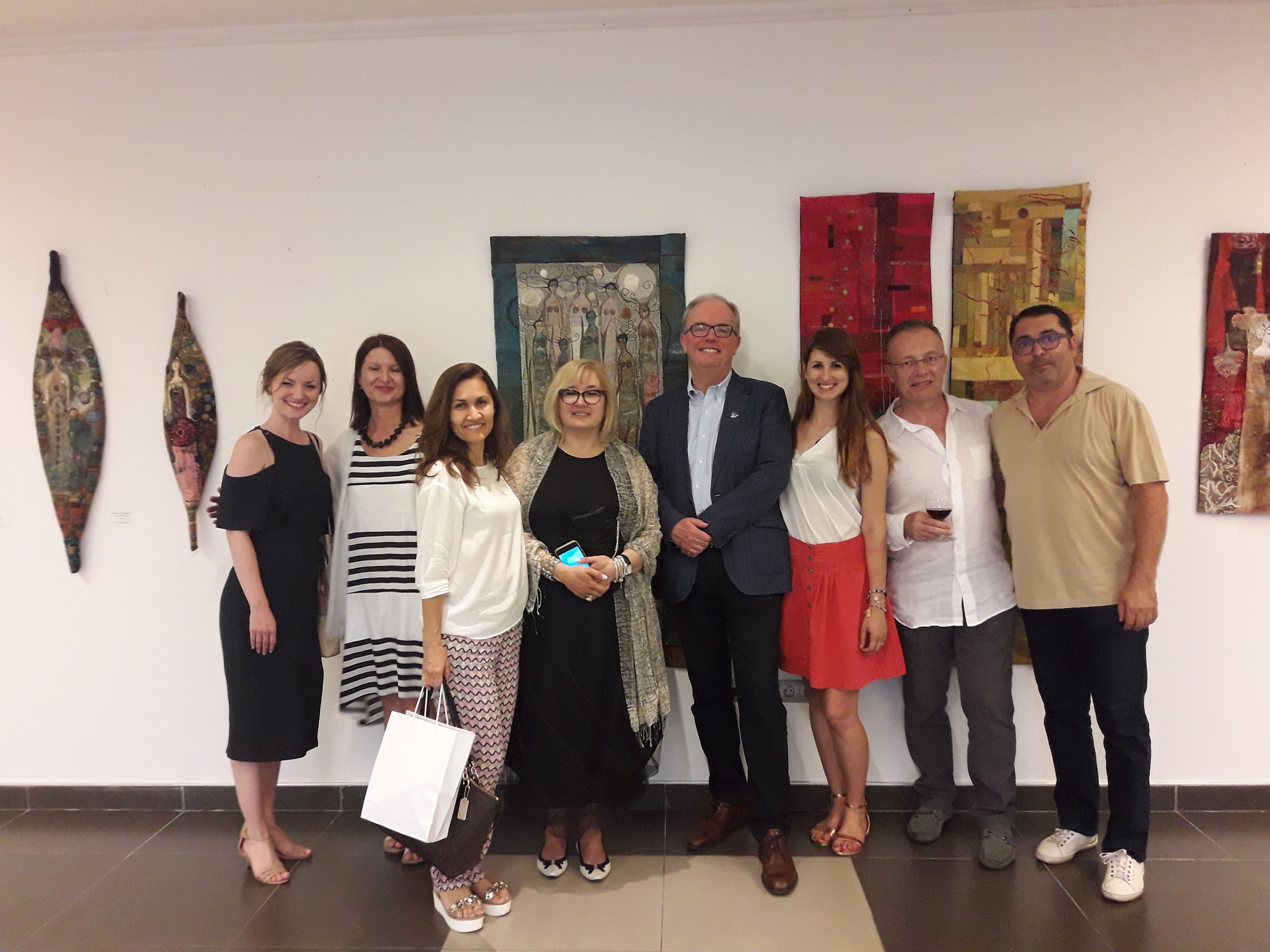 The exhibition “The Invisible Thread” by Gordana Brelih, Canadian artist of Serbian origin, was officially opened on Wednesday, July 12, at the Youth Club of the Cultural Center of Novi Sad. The exhibition, organized in cooperation between Cultural Centre of Novi Sad the Embassy of Canada in Belgrade, will be on display until July 25, 2017.

– This is my second exhibition in Serbia. The first one was last year at the Ethnographic Museum in Belgrade. “Fiber Art” is a young technique that has evolved over the last decade, and before that there was a traditional technique of the patchwork (joining triangles, squares, sticks and blankets).

This technique, Gordana explained, connects different materials like fabric, thread, metal and wood into one whole, or collage. Her works originate from three types of inspiration – personal feelings, emotions related to the mother of the artist and from nostalgia for her own country.

– Thanks to this technique, I proved myself as an artist. I studied fashion and costume at the Faculty of Applied Arts in Belgrade. I’ve been dealing with fashion for a decade to start experimenting with this technique that has led me to an area where I feel happy and satisfied – she esplained.

His Excellency, Ambassador of Canada to Serbia, Filip Pinington, thanked CCNS for the partnership, and then added that this exhibition was held on the occasion of the anniversary of the 150th anniversary of Canada.

– We are proud that this exhibition is the part of the celebration of our national anniversary. Gordana is a multi-award-winning artist, and her works have been exhibited in many parts of Canada, England, France, Italy, and now in Serbia – said Ambassador Pinington.