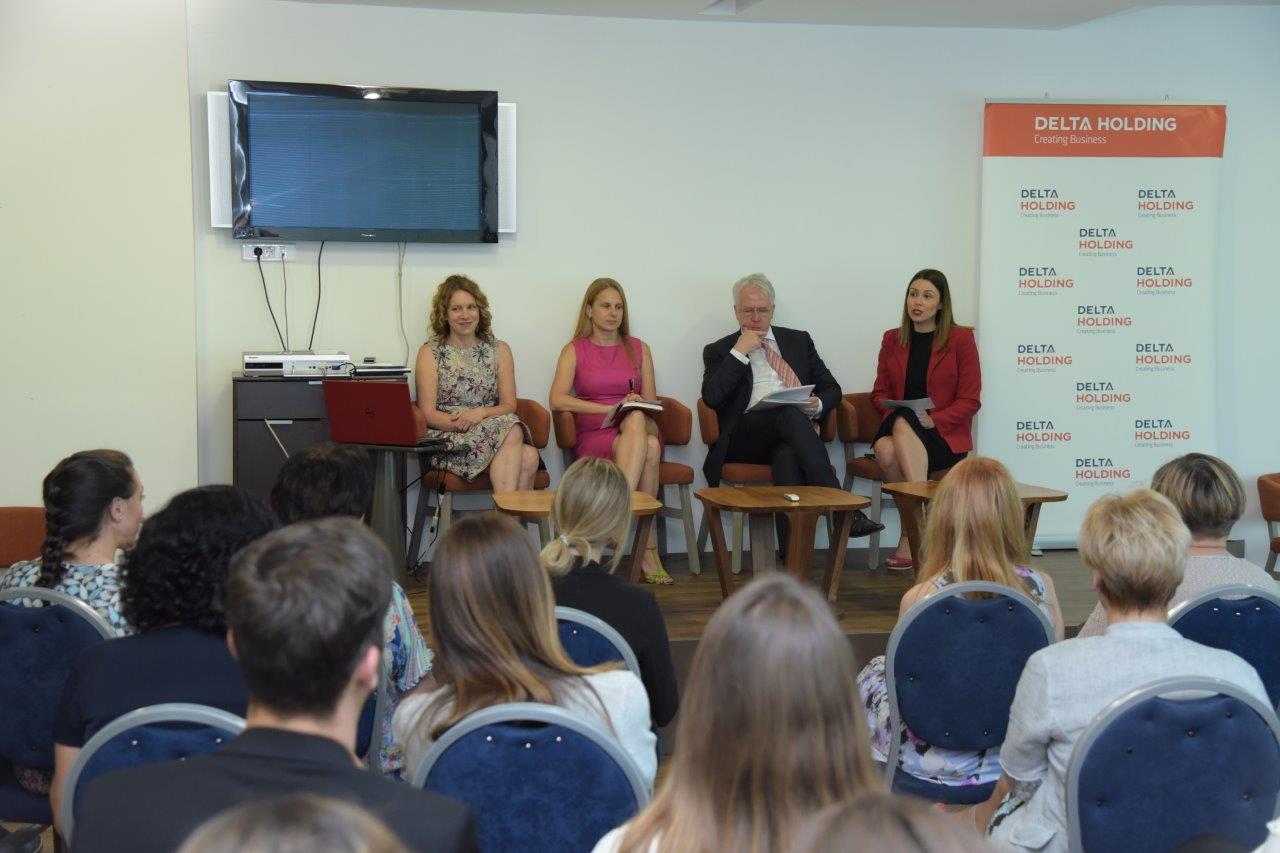 Delta Holding has published and presented the 9th Corporate Social Responsibility Report for 2017. The accuracy of the data contained in the Report, at the request of the Company, was verified by KPMG audit company.

For the results achieved in the field of sustainability and social responsibility in 2017, Delta Holding received five prestigious awards. Among them is the Main Virtus Prize for the company’s contribution to the development of philanthropy at the national level and two awards of the Serbian Association of Managers for the Socially Responsible Company of the Year and the Best Talent Development Program.

“The importance of life-long learning and transferring knowledge to those who need it for career development or starting their own business is promoted on a daily basis. During 2017, we had 40.500 hours of training, and within Young Leaders project, we hired 58 young people who were given an opportunity to study and work in their own country” said Marija Desivojević Cvetković, Delta Holding Senior Vice President for Strategy and Development.

Through numerous activities in the field of energy efficiency, in some parts of the system, energy consumption decreased by 30-40% on a monthly basis compared to the previous year. More than 20.600 trees were saved owing to paper and cardboard recycling. Since its establishment, gender equality has never been a question in the company, and as an additional support to maternity, flexible working hours were introduced to mothers with preschoolers.

Delta Foundation marked 10 years of existence and on the occasion of this anniversary, it donated the sculpture Ã¢â‚¬ËœFrom there to here’ to the City of Belgrade, made by two world-famous sculptors Richard Deacon and Mrdjan Bajić. Over ten years, Delta Foundation organized 3.485 humanitarian actions and provided assistance to nearly 700.000 citizens of Serbia. The investments in the community totaled 37 million euros.