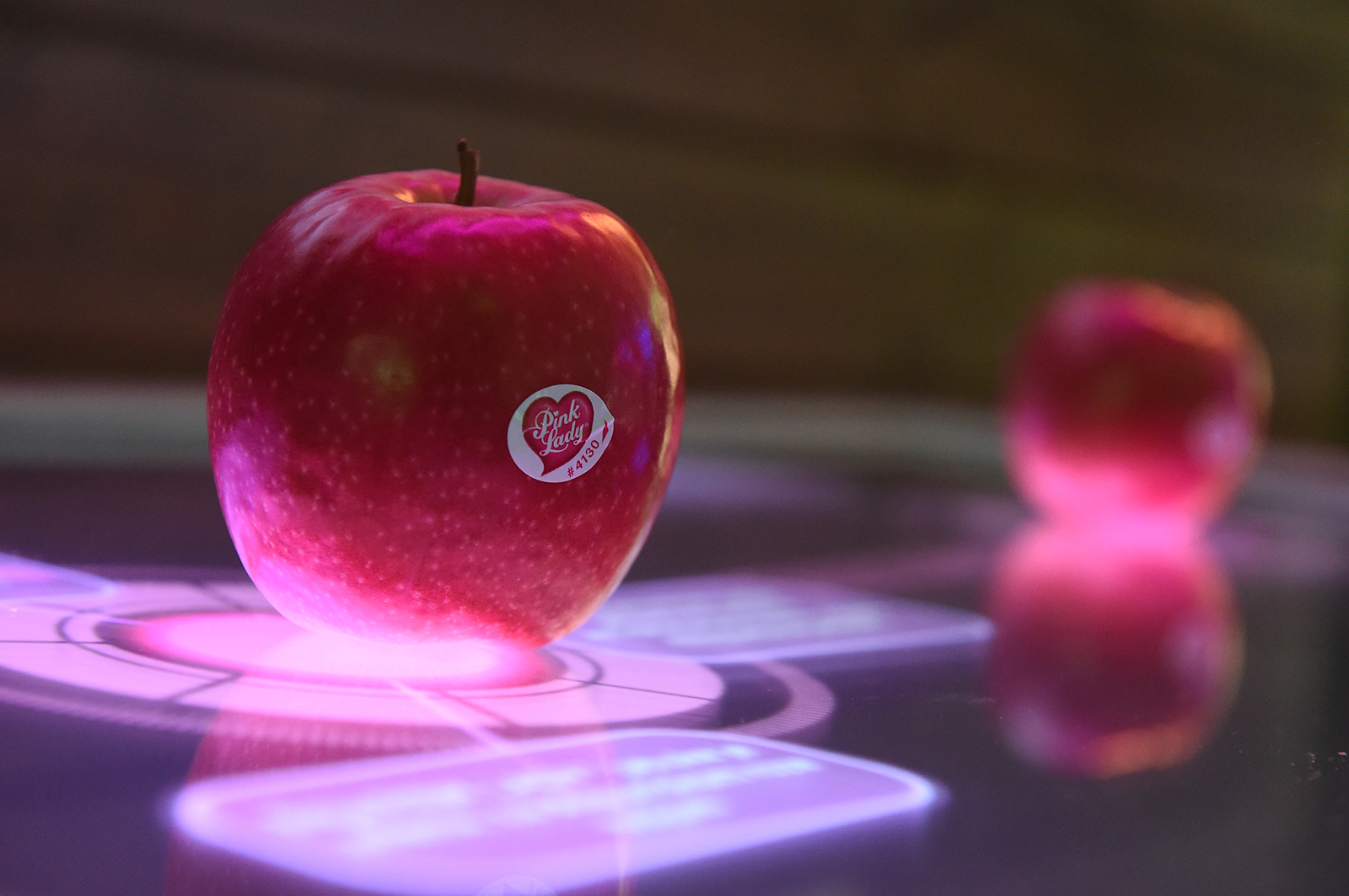 Delta Agrar marked World Apple Day on October 20 in a special and unique way, namely by promoting the orchard in Čelarevo and a new club variety called Evelina by means of virtual reality. Thanks to this latest technology, a part of the Crowne Plaza Belgrade hotel was turned into the largest orchard in the Balkans. Through interactive panels and virtual and augmented reality, the guests were able to see the presentation about the use of technology in the production and storage of apples and about the features of club varieties Pink Lady, Kiku and Modi, which are the crowns of apple production in Delta Agrar.

Zoran čogić, Horticulture and Viticulture Manager said “It is my pleasure to announce that Delta Agrar has been licensed for the production of another prestigious club variety called Evelina. Our plans also include the expansion of orchards and range of products with four new club varieties.”

EVELINA variety of apples was created in Germany in 2000. It is a cross between Clivia and Golden Delicious. It was introduced to the market in 2006 and thanks to Delta Agrar, it will be launched on Serbian market in 2017. This apple is red and yellow in color, and of sweet, slightly acid taste.

Delta Agrar is producer and distributer of the most famous apple in the world – Pink Lady. Serbia is the fifth country in Europe that got the license for cultivation of this kind of apple.

The representative of the Pink Lady apple producers, Reno Pierson, stressed that the process of selecting and granting licenses for the cultivation of this apple variety lasted for five years.

“We place the quality at the first place. It is achieved when the apple is grown in the right area, under proper circumstances, by the skilled people. There must be enough of rainy days, plenty of sun and because of that we are very careful in the selection process. Serbia is a market leader for us in the region, and the process of country selection is difficult and long. Also, a professional company stands behind all of this in Serbia which is very important to us”, explains Pearson.