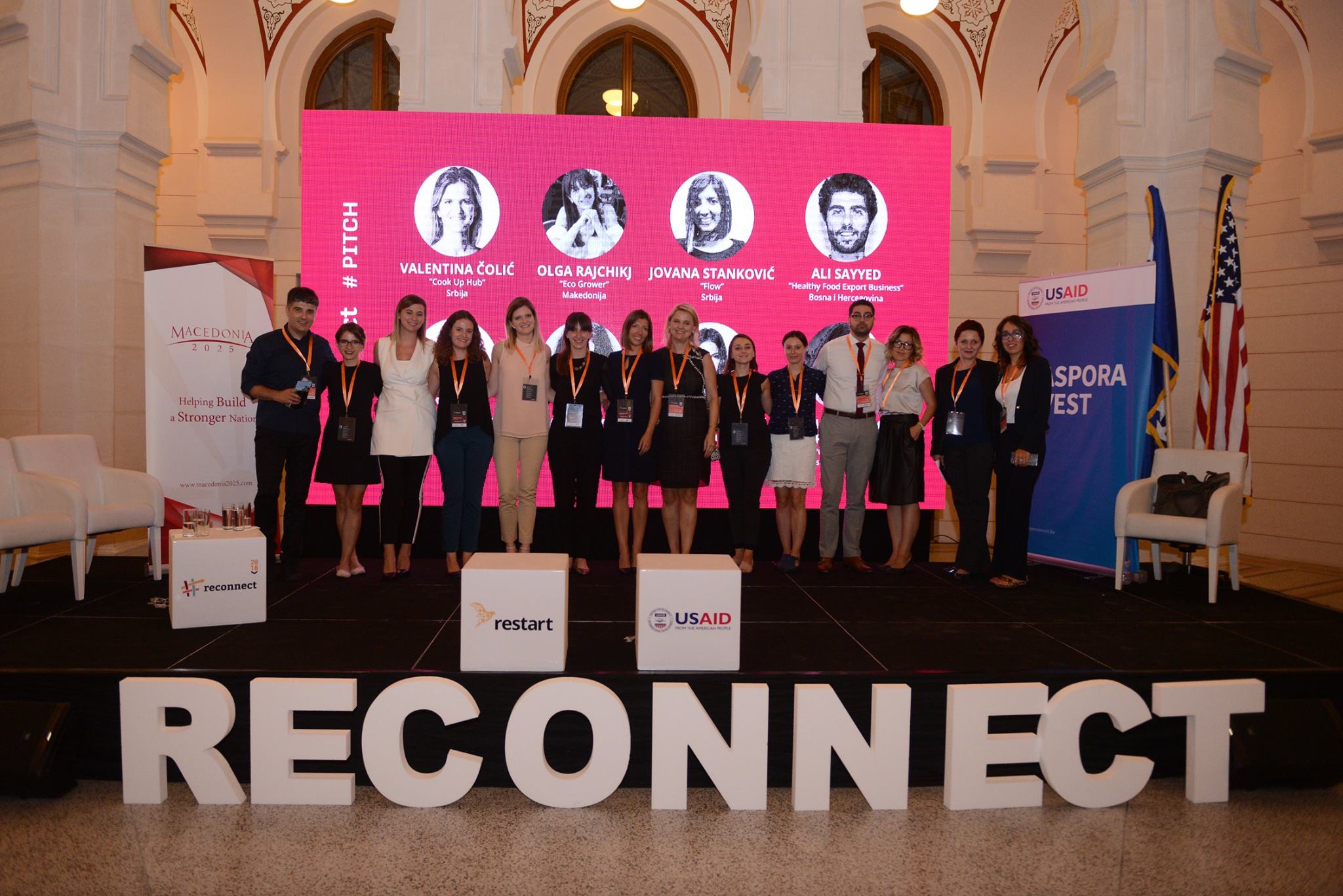 CookUp Hub won the second round of Regional LEADER Project

Within the RECONNECT2018 event, the second round of the first LEADER Regional Business Pitching Competition took place as one of the three parallel panels, lasting from 20:00 to 21:30. This Leader panel is made possible thanks to the financial support provided by the Western Balkans Fund in cooperation with partners organization Restart, CANSEE Belgrade and Macedonia2025 Skopje.  As part of the Leader Regional Business Pitching Competition, eight winners of the LEADER project from Macedonia, Serbia and Bosnia and Herzegovina presented their business ideas in front of a three-member BiH jury.

The first place won a team comprised of Valentina Čolić, Vladimir Jovanović and Milan Stojanović who presented Cookup hub, a unique solution for food entrepreneurs. Cookup hub allows entrepreneurs to work together, motivate each other, learn from each other, exchange valuable contacts, and get the advisory support they need.

Valentina Čolić said she applied for the LEADER project because she recently became an entrepreneur in the food industry. “I needed leadership and business management skills that I did not have the opportunity to acquire during my work experience,” she said, adding that during the two-week course she had the opportunity to learn everything needed for running a successful business.

The event has been attended by a number of representatives of the relevant Bosnian institutions in charge of economic diplomacy, foreign trade, foreign investment promotion, local and regional development, taxation.

The event was held on 9th of August in Vijećnica in Sarajevo.