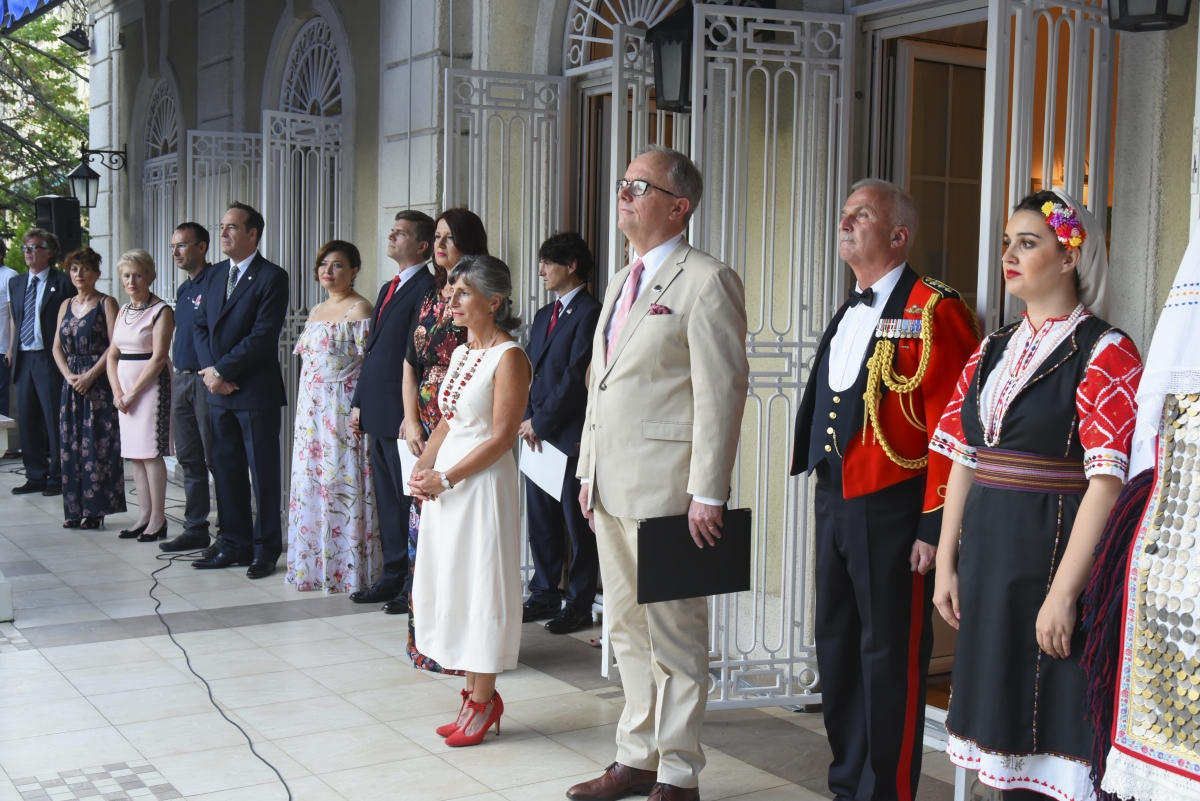 Celebration of 150 years of Canada

Ambassador of Canada to Serbia Philip Pinnington and his wife Erica hosted a reception at the Canadian embassy’s residence in Belgrade on the occasion of Canada Day and marking the 150th anniversary of the country’s existence.

– Today we create a vast and diverse country, surrounded by the Atlantic, Pacific and Arctic oceans. A country whose population maintains personal and trade links with all four sides of the planet. For Canadians, this day is always especially exciting and joyful – said the ambassador in his address. He referred to the fact that diversity and inclusion are important topics related to Canada, primarily because it’s inhabitants, who came from all around world, including Serbia, Montenegro and Macedonia, created Canada as it is today.

– Defining what it means to be a Canadian is a favorite game in our country, but there is no doubt that there is a fundamental definition that includes justice, modesty, kindness, apologies, democracy, human rights, the rule of law and the expectation that these values —¹will —¹be promoted by the government whose purpose is to serve the citizens, and not the other way around – said the ambassador and pointed out that Canada has always been active and will continue to play a constructive role on the world stage.

At the end of his address, the ambassador presented the young people from KUD “Oplenac”. He proudly said that they are young Canadians who prove that they can, at the same time, be Canadians and keep the tradition of their ancestors. He also thanked the members of the choir “Belgrade International Singers” who were intonating the anthem of the two countries. The program was enriched by the actors Jelena Vukicevic and Petar Kokinovic, who presented 150 facts about Canada in 150 seconds.

The reception was attended by representatives of the diplomatic corps, religious communities, guests from the political, business, cultural and public life.