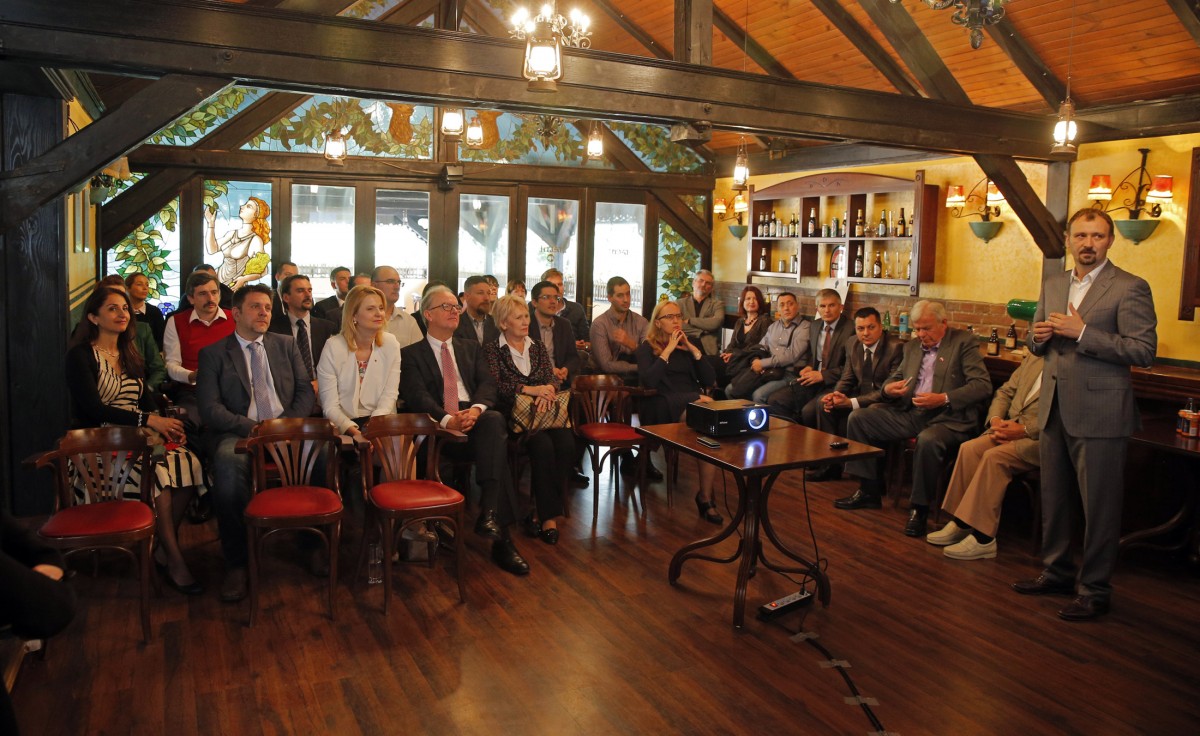 CANSEE visit to Apatin Brewery on May 27, 2015 – Examples of best practice in industrial safety, recycling and waste management

This event was attended by 40 members of the CANSEE, including the members of the CANSEE Board of Directors. Guests of Honor were H.E. Philip Pinnington, the Canadian Ambassador to Serbia, and Ms. Djurdja Ceramilac, Trade Commissioner at the Embassy of Canada in Serbia. The Mayor of Apatin, Mr. Zivorad Smiljanic, also joined this great event.

The Official presentation of Apatin Brewery, with a special accent on the world’s best examples of good practice in industrial safety, recycling and waste management that are applied here, was held at an annual meeting of the Canadian-Serbian Business Association (CANSEE) on Wednesday, 27 May 2015.

Following the presentation, the host and the owner of the Apatin Brewery – American-Canadian company Molson Coors, took guests to a tour of the brewery and invited them to taste different beer brands that the brewery in Apatin produces. In June 2012, Apatin Brewery became a member of Molson Coors Central Europe, based in Prague and having shares in the markets of Serbia, Bosnia and Herzegovina, Croatia, Czech Republic, Hungary, Montenegro, Romania and Slovakia with over 4,000 employees. Molson Coors Brewing Company is the world’s leading brewing company with exquisite brands popular with beer lovers all over the world.