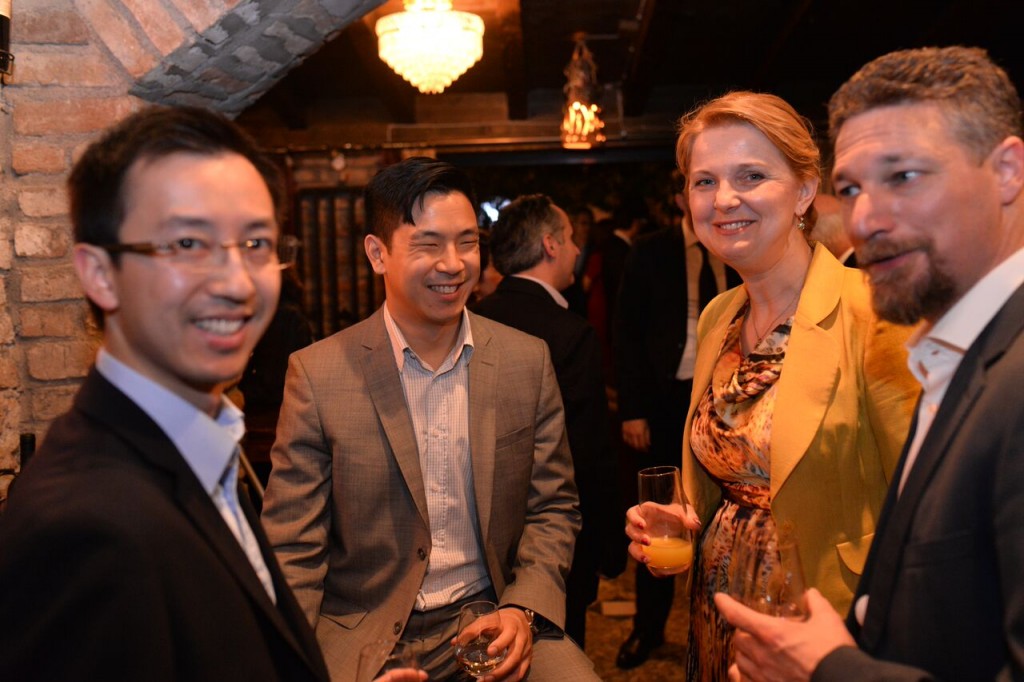 CANSEE Participation in the Networking Event with Mr. Mike Zafirovski and the Leader Project Instructors

CANSEE participated in the networking event for the forty participants of the LEADER Project, the program’s alumni and for representatives of Macedonian companies and FDI’s in Skopje, May 7th, 2015, hosted by Macedonia2025.

Macedonia2025 cofounder, Mr. Mike Zafirovski gave a speech in front of 130 people and handed certificates of appreciation to the representatives of the companies that supported and sponsored this business education program.

Mr. Zafirovski spoke about the great achievement that is the LEADER Project and about the impact it can have on experienced and up and coming business professionals in Macedonia. As promoting business leadership is one of the objectives of the organization, he personally engaged the participants of the program just few hours before the networking event. He spoke about leadership and corporate strategy and then addressed questions from the auditorium.

Mr. Zafirovski invited academia, civil society, businesses, government agencies and all relevant stakeholders to engage with Macedonia2025, saying “we are pleased for having some excellent partners to work with us thus far.” The event was attended by representatives from the diaspora, such as the Deputy Mayor of the city of Liverpool in Australia, Mr. Petar Ristevski and representatives of a number of foreign companies. Mr. Zafirovski invited all to attend the Macedonia2025 Gala Dinner in Columbus, OH which is a fundraising event for the organization that has a number of special guests including the former President of the United States, Mr. George W. Bush.