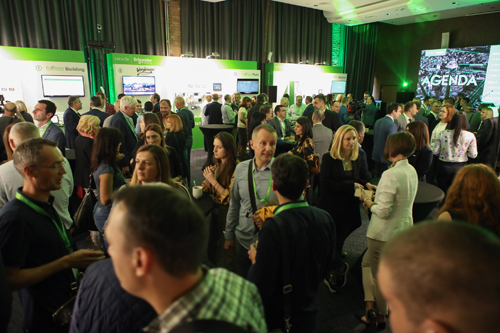 On Thursday, October 17, 2019, at the Radisson Blue Hotel, company Schneider Electric organized the first Innovation day in Belgrade, the first of it’s kind in Serbia. This Schneider Electric Innovation day, the 15th event of this kind, was follow up of the Innovation Summit held in Barcelona and it was a true success that gathered many people including the Minister of Mining and Energy in the Government of the Republic of Serbia, Aleksandar Antic. Attending the conference, Antic welcomed Schneider Electric’s investments in Serbia and was delighted about the featured solutions developed by Schneider Electric that rely on modern technology like IoT and provide automation at all levels of business. In his speech he also encouraged this kind of Innovation day event to be continued in the future.

The company’s main product is the EcoStuxture platform, which serves as the basis for managing, running, automating and optimizing the system locally or in the cloud. For example, the use of the EcoStruxure Building platform introduces significant savings in buildings that have large energy ranges. Smart factories where all processes are fully automated do not represent a distant future thanks to the EcoStruxure Plant platform, which is already widely used worldwide in more than 80 countries around the world including France, Spain, USA, Canada, Japan and India to name a few.

Schneider Electric also introduced Ecostruxure IT solution for data center infrastructure management based on cloud technology, charging solutions for electric vehicles, as well as ADMS software, which is known for the most advanced solution in the world that enables the management of electricity distribution systems.