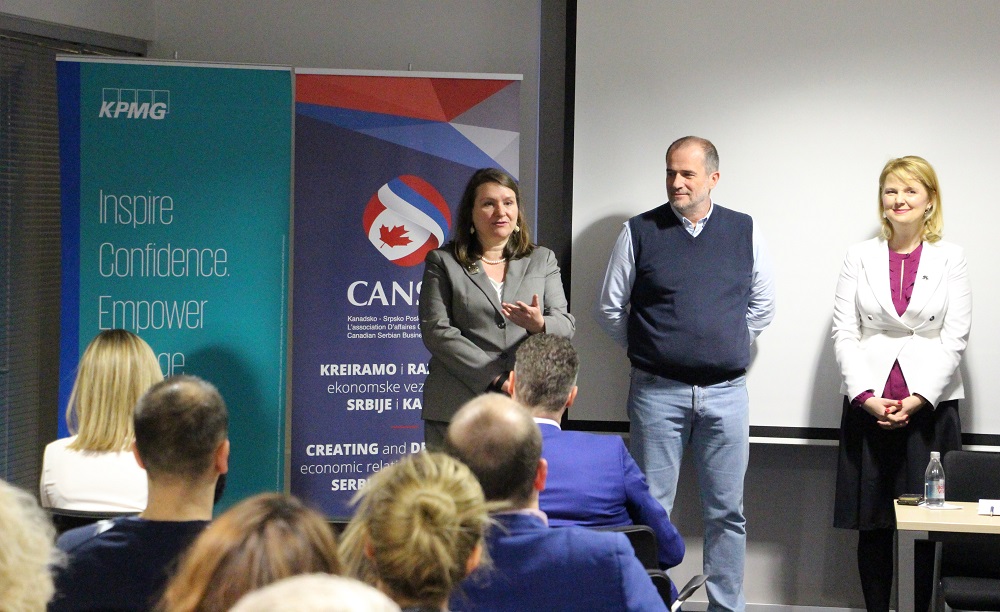 The Honourary Guest of the session was the newly appointed Ambassador of Canada to Serbia, HE. Kati Csaba, who greeted the audience, expressing her satisfaction for being in Serbia and having the opportunity to work both with Canadian and Serbian companies.

On behalf of KPMG, Tijana Jablanović presented the financial report of the Association for 2017, which was adopted unanimously, after which Mirjana Dončić Beaton, Managing Director of the CANSEE Association, presented a plan of events and activities for 2018.

In March, CANSEE delegation will attend world’s largest mining convention PDAC in Toronto, during which three CANSEE founding member-companies, Nevsun Resources, Dundee Precious Metals and Mundoro Capital Inc., will present their projects in Serbia within the session dedicated to the potentials of the Western Tethyan Belt.

During the visit to Toronto, CANSEE will organize a business networking cocktail on March 4, with the aim to promote the potential of Serbia to Canadian businessmen interested in investing and cooperating with Serbia.

Also, CANSEE has the great honour to organize, third time in a row, the LEADER Project from May 7 – 18 in cooperation with University of Western Ontario. LEADER project, starting as of 1991, has simultaneously been held at various locations throughout the world. It is a ten-day intensive case study training for entrepreneurs, based on a specially developed MBA program of Ivey School of Business, University of Western Ontario, London, which is considered one of the top ranked business schools in Canada.

During this year CANSEE will continue to improve the relations between Canada and Serbia, expand the cooperation with mixed chambers, all in the aim of enhancing trade between two countries.

General Assembly Session was followed by the workshop “Review in Changes to Tax Rules in Serbia” that provided the information on the latest changes in the tax system of the Republic of Serbia for CANSEE members. The workshop was sponsored and held by KMPG.