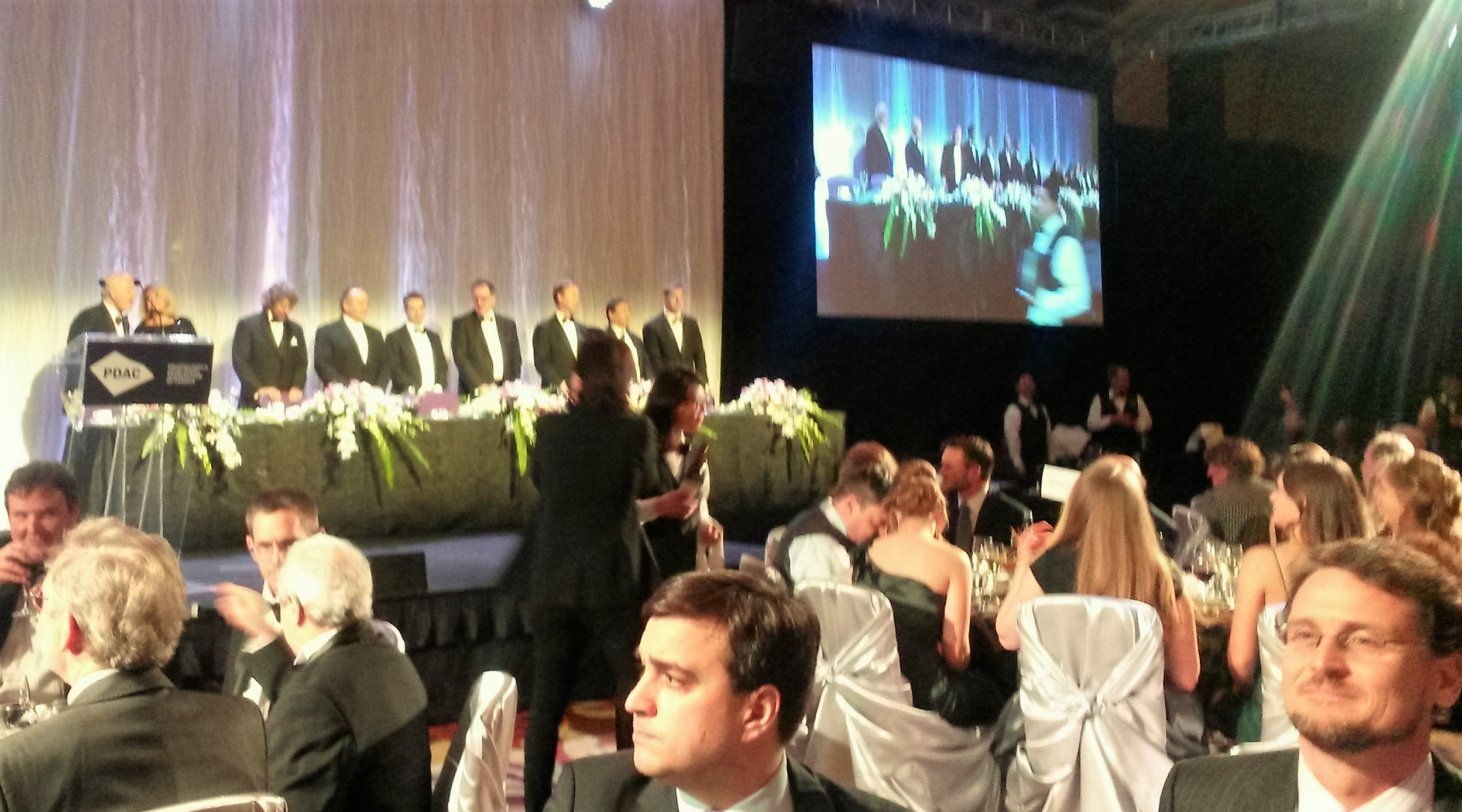 Reservoir Minerals, one of the CANSEE Canadian-Serbian Business Association’s founding companies, was granted the Thayer Lindsley Award on March 7, 2016, during the PDAC2016 Awards Evening in Toronto, Canada, for Cukaru Peki Discover in Serbia.

This award recognizes an individual or a team of explorers credited with a recent significant mineral discovery anywhere in the world which may prompt explorers to look for a new class of mineral deposit.

The PDAC’s annual awards recognize and honour outstanding contributions and excellence in the mineral industry. Dating back to 1977, when the first Bill Dennis Award for prospecting success, the annual awards are presented at an awards evening held during the PDAC’s convention in March.

The Cukaru Peki Discovery Team, comprised of members of Reservoir Minerals Inc. and Freeport-McMoRan Inc., was granted the award for the team’s discovery of high-grade copper-gold deposits in Serbia. Dr. Simon Ingram, President and CEO of Reservoir Minerals, was honoured to accept the Thayer Lindsley Award on behalf of the Cukaru Peki Discover Team.

The presentation of the Thayer Lindsley Award was attended by H.E. Mihailo Papazoglu, Ambassador of the Republic of Serbia in Ottawa, Ms. čurđevka ć eramilac, Trade Commissioner at the Embassy of Canada in Belgrade and Ms. Mirjana Dončić-Beaton, Managing Director of CANSEE Canadian-Serbian Business Association, as well as over 800 guests from all over the world.