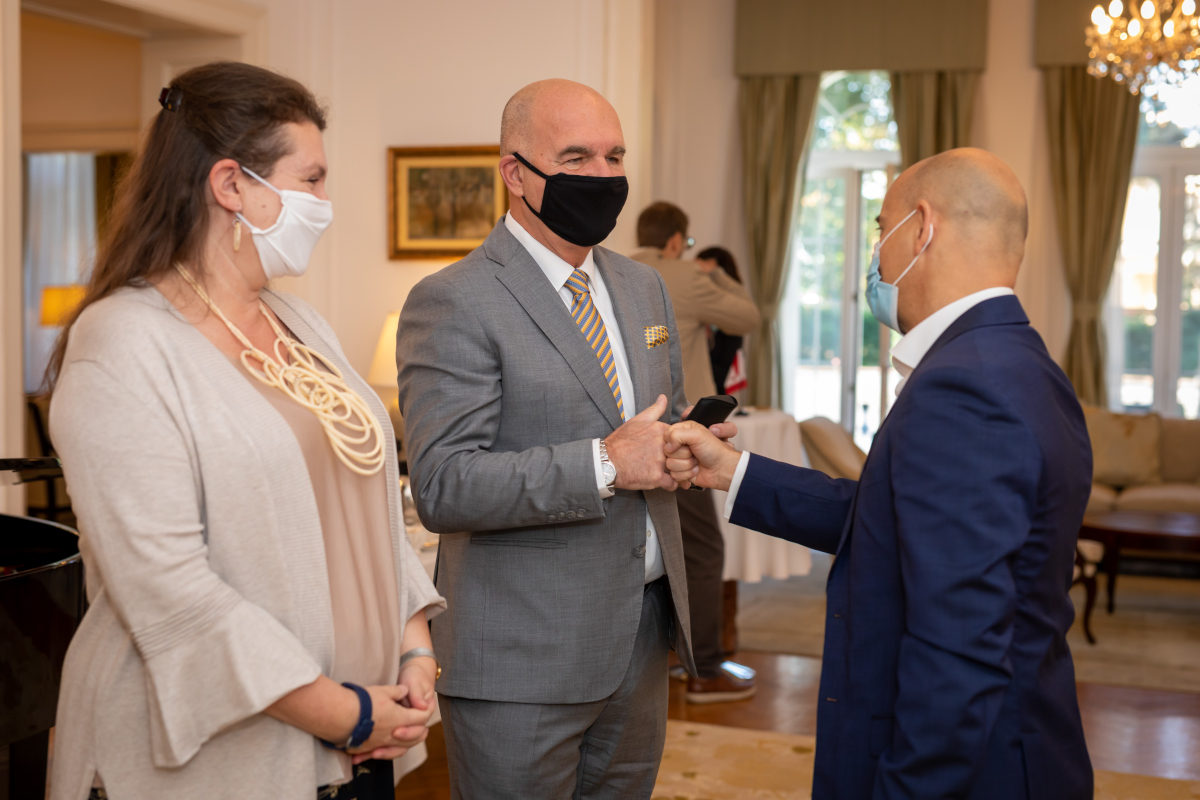 An informal Farewell coffee/tea gathering in the Official Residence of Canada on the occasion of the departure of H.E. Kati Csaba was held on Tuesday, October 20, 2020, for her contribution to strengthening political dialogue between the two countries and cooperation in various fields, especially economy, during her three-year diplomatic post in Belgrade. H.E. Kati Csaba, Ambassador of Canada to Serbia, North Macedonia and Montenegro, and her husband, Mr. Nećko Krupalija warmly welcomed the guests in the pleasant atmosphere of a sunny day on the terrace of the exceptional premises of the residence. This was a unique opportunity to say goodbye to to departing ambassador and to wish much success in her future private and professional life.

In previous weeks, during the meeting with the Prime Minister Ana Brnabić, H.E. Kati Csaba pointed out that investors from Canada had recognized Serbia as a very good destination for investments in mining and energy and expressed her conviction that, despite the coronavirus pandemic, a direct air line between Belgrade and Toronto, on whose implementation both sides are working intensively, would be an additional incentive to the development of economic relations. This direct connection between the two states will be of great importance, both for a quicker development of the two states and for the numerous Serbian populace in Canada, which is an important link between the peoples. The prime minister pointed out that the most important form of bilateral cooperation were investments, primarily in the sector of mining and energy, in which Canadian companies are traditionally interested. She also said that there were 50 Canadian companies in the Serbian market at that moment.

Due to health and safety reasons caused by the ongoing pandemic and the limited number of people in one place, around 30 guest attended including CANSEE members, CANSEE Board of Directors members and Mr. Filip Petrović, Trade Commissioner at Embassy of Canada to Serbia, North Macedonia and Montenegro.

On behalf CANSEE President, Members of the Board and all members, we wish to thank Madam Ambassador for the last three years of dedicated work towards strengthening bilateral relations between Canada and Serbia and support of CANSEE.