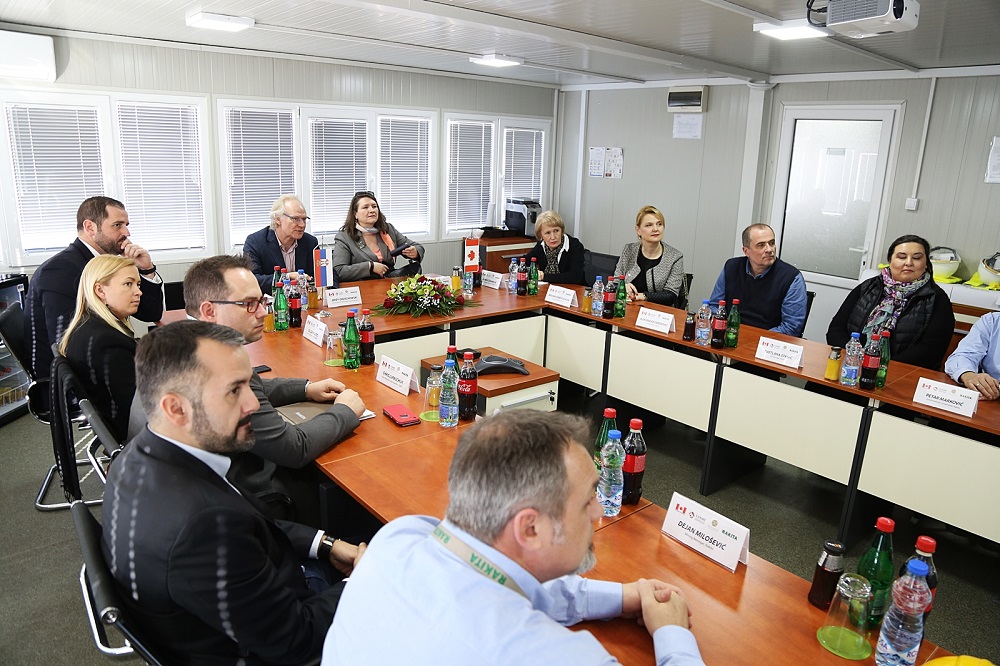 CANSEE delegation visited the municipality of Bor and company Nevsun

Delegation of the Embassy of Canada to Serbia led by HE Kati Csaba, together with CANSEE delegation paid a visit to the municipality of Bor on February 6, 2018.

The goal of the visit was to check how Canadian companies operate in Serbia, as well as to discuss the possibilities of extending the cooperation, primarily in mining. Bor is the first city in Serbia that Canadian ambassador Kati Csaba visited after her official appointment in December 2017.

“I am pleased that, as the recently-appointed ambassador of Canada to Serbia, after Belgrade I first visit the municipality of Bor. It is my wish to see how important role mining plays in the Serbian economy and to consider the opportunities that Canadian companies can have in the further development of mining. I’m glad to be here. We had a very useful meeting with the Mayor and I am grateful for the support he and his team in Bor offered to help Canadian companies operate here and start investing in mining in Bor.”- said the Ambassador of Canada to Serbia, HE Kati Csaba.

“It is very important that Bor is recognized as a large industrial center, known primarily for mining, not only in Serbia but abroad as well. The aim of the visit of the Ambassador of Canada to Bor was to observe the investments of Canadian companies and the relations between the companies Rakita and Nevsun and the municipality of Bor. In the previous period, cooperation with these companies proved to be very good and there are possibilities for its continuation, which would include relocation of the airport, opening a new mine, social, economic and environmental dialogue, which we discussed in the previous period with the representatives of these companies. It is certain that this will have a very positive impact on the economy of the municipality of Bor and Serbia,” said the Mayor of Bor, Borislav Milikic.

HE. Kati Csaba and the CANSEE delegation visited company Nevsun. Following the presentation of the project by newly appointed Vice President and Project Director of Timok, Jerzy Orzechovsky, visits to the company’s facilities and the drill holes followed.

In March, HE Kati Csaba and CANSEE delegation will attend world’s largest mining conference in Toronto, with the goal of promoting Serbia as a good destination for investment. PDAC International Convention, Trade Show & Investors Exchange is the world’s leading convention for people, companies and organizations in, or connected with, mineral exploration.