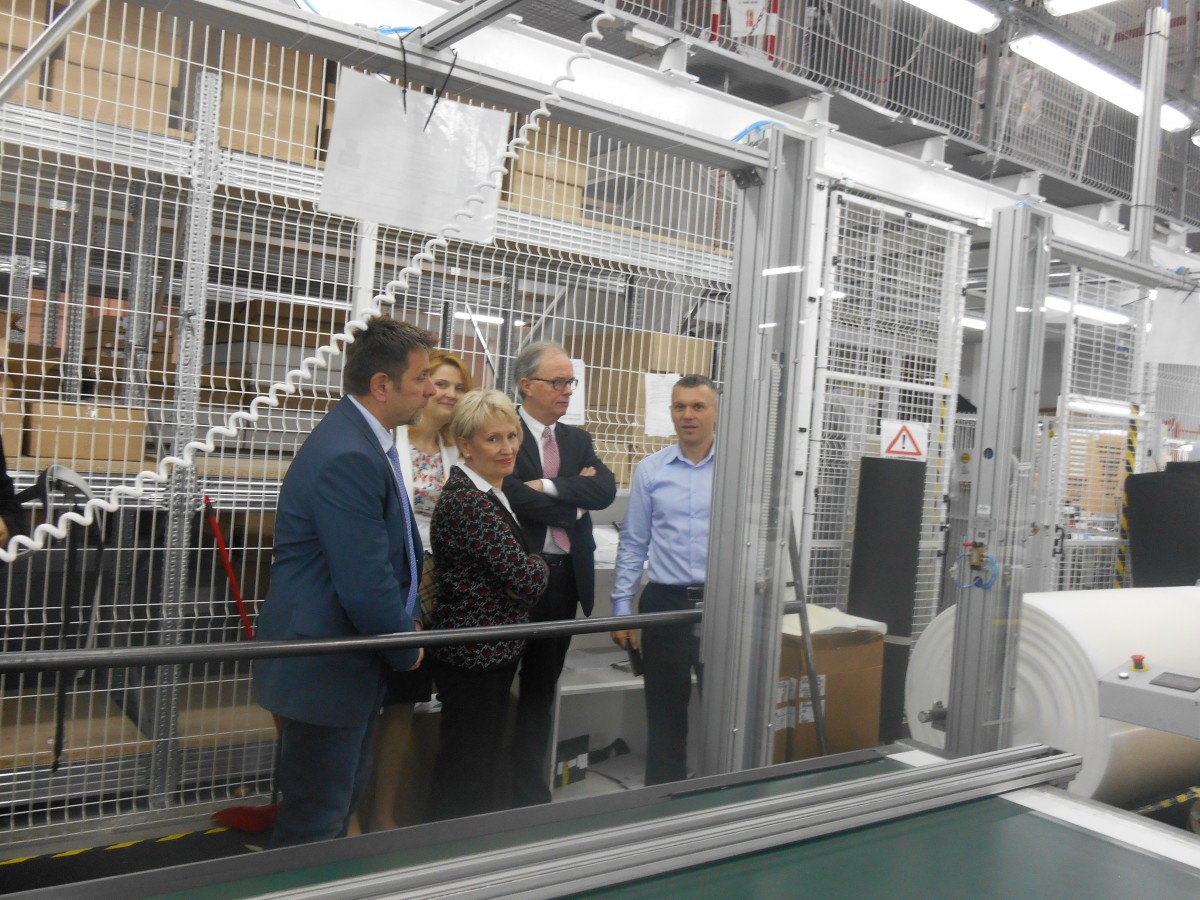 During the visit to MAGNA SEATING, we have been presented with the impressive production facility of that company which is producing covers and other components for car seats for Smart, Skoda, Renault and Ford at this factory.

MAGNA SEATING is the fifth largest supplier in the automotive industry in Europe and the world with a total of 49 production facilities, nine engineering centers and 18,000 employees in 18 countries. As many as 4 million vehicles of world-famous manufacturers are equipped with the seats made by this company.

Mr. Zoran Sokolović, Plant Manager, presented the growing changes that Magna seating plant is experiencing these days. Currently MAGNA SEATING has over 700 Magna’s employees in Odžaci which is more than double from when they opened in October 2013, and they are in the process of sending building plans for approval of a new additional plant building.

Thanks to investments in the industrial zone such as MAGNA SEATING, Odžaci has made it from a group of underdeveloped municipalities to the group of those developed.