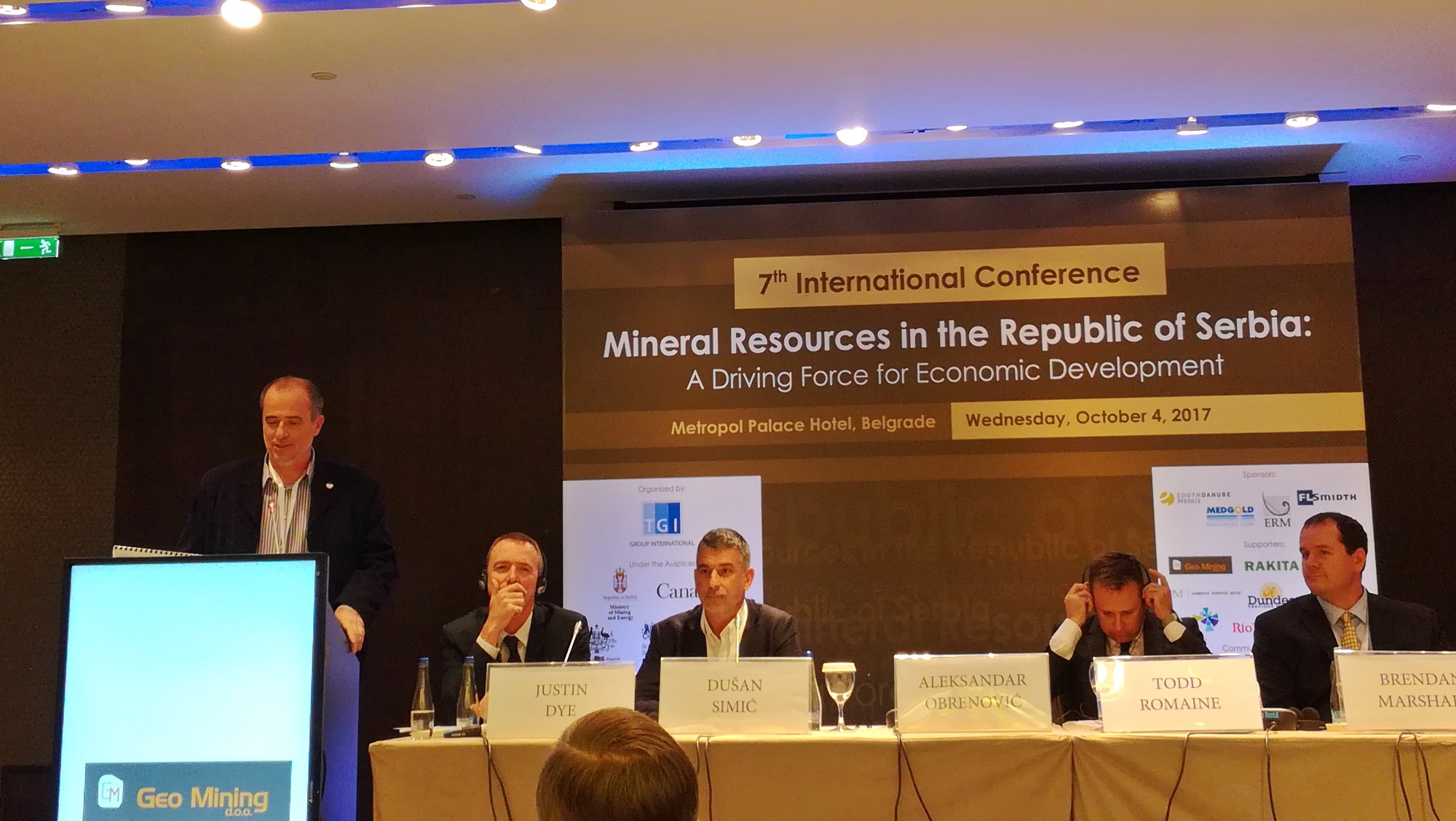 CANSEE association dedicated to the empowerment of the mining sector

On October 4, Belgrade hosted the 7th International Conference on Mineral Resources in the Republic of Serbia on the topic of “The Movement for Economic Development”. CANSEE association supported the conference for the third year in a row.

A special segment of this year’s conference was dedicated to the corporate social responsibility, for which the Canadian mining industry has been recognized as one of the leaders in the whole world.

Brian Ebel, Chargé d’affaires at the Embassy of Canada to Serbia said that the constant growth of number of participants at this conference indicates the importance of the mining sector in the development of the Serbian industry. He emphasized that Canada has a very strong mining tradition and that there is a great potential for cooperation with Serbia in that field. The Government of Serbia has improved the business conditions for foreign investors, since they have adopted laws based on international standards, he added.

This is why CANSEE association and its members supported the initiative of the Canadian Embassy that the prominent Canadian expert, Mr. Brendan Marshall, Vice President of the Mining Association of Canada, attends this year’s conference. Marshall, who had previously been engaged in several important positions in the Federal Government of Canada and in the Mining Association of Canada deals with the issues of regulation and policy of this industry in northern Canada, spoke on the topic of responsible mining and the best examples of CSR in Canadian practice.

Mining and extractive sector in Canada currently employs 375,000 people, which immeasurably contribute to the economic development of not only Canada, but also countries where Canadian mining companies operate. In 2014, 57% of all world mining companies were listed on the TSX Stock Exchange in Toronto. These 1500 companies have operated in over 100 countries around the world, on over 800 different locations.