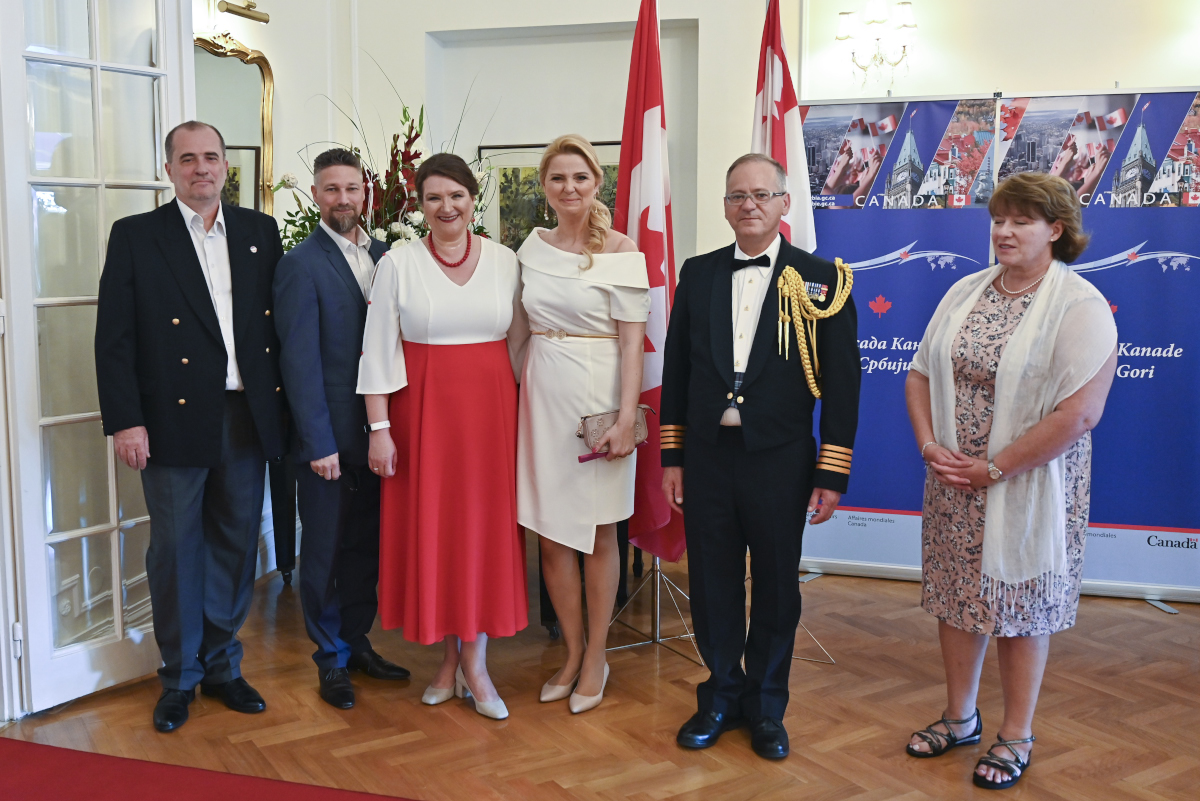 Canadian Ambassador H. E. Kati Csaba hosted a reception to mark the Canada Day and Canadian Armed Forces Day. Addressing the guests in Serbian and partly French and English, Ambassador Csaba thanked numerous local partner – officials from the public, political and civil sectors who, as she said, contribute to the improvement of relations between Serbia and Canada.

Ambassador Kati Csaba said that the bilateral relations between two countries are being built on the strong bases with about 100,000 Serbs living in that country. Ambassador Kati Csaba recalled that Canada is a country whose prosperity is based on democracy, multilateralism, multiculturalism, gender equality, dedication to climate change and fostering media freedom. Canada this year celebrates half a century of bilingualism and equivalence between the English and the French, said the Ambassador, adding that this multiculturalism is precisely the key to Canada’s identity.

The reception was attended by representatives of the international community, among them ambassadors Kyle Scott, Philip Guex, Jan Lundin, Denis Keefe, Carlo Lo Casio, Frederick Mondoloni and many others.

We would like to kindly thank all CANSEE members who generously supported the event!