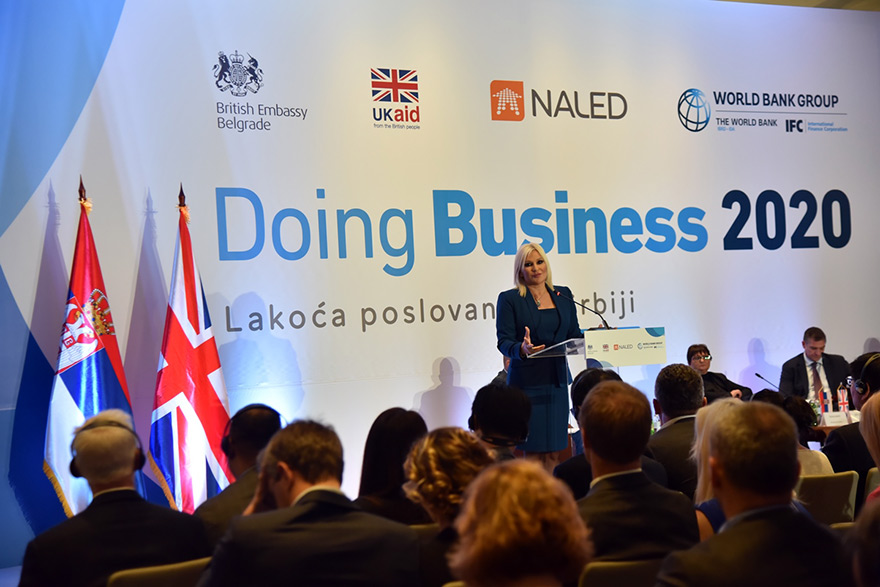 On October 24, the fourth annual conference Doing Business 2020 was held in Belgrade. At the opening, Deputy Prime Minister of Construction, Transport and Infrastructure, H.E. Zorana Mihajlovic said that for the past several years Serbia has not been competing with the average results, but rather the global top performers and has advanced four places on the World Banks for 2020. Being ranked 9th in construction permitting, as well as the progress from 48th to 44th position in the overall ranking, oblige Serbia to be even more efficient in implementing reforms in other areas as well, so as to further improve the rating next year.

Thomas Lubeck, IFC’s Regional Manager for Central and Southeast Europe, also participated in the conference and stressed that the central focus of the Doing Business report is the role of government policy in the daily operations of small and medium-sized domestic firms, which in Serbia have great potential to drive future growth and employment.

The highlight was to make a clear review, about the functioning of an economy that would ”pull Serbia forward” and announce even better results for next year.