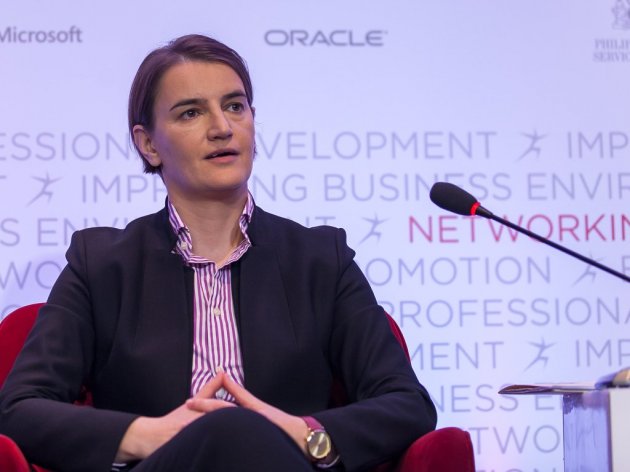 Serbian Prime Minister Ana Brnabic said that she had had several important meetings with investors during the Davos forum.

The most important ones, she says, were those with companies already active in Serbia, such as Tarkett, Japan’s Itochu and France’s Suez, which confirmed to her that they were interested in expanding their business.

They were interested to learn what her vision of Serbia’s further development, stability of doing business and new opportunities were, because, as she said, they want to expand their presence in Serbia.

Brnabic said that the meeting had gone very well and added that the meeting with Tarkett had been especially successful and that she hoped that there would be talk of new investments of Tarkett in Serbia and an expansion of their production facilities.

Discussing digitalization, Brnabic said that Serbia had caught up with the world and Europe for the first time and added that she expected that the country might become a leader as well.

– For us, this means – larger investments in education and innovations and much larger investments in startups, that is, a much better legal framework for a bigger number of startups in Serbia, which we will fully dedicate ourselves to in 2018 in order to have a new paradigm of growth and development – Brnabic said.