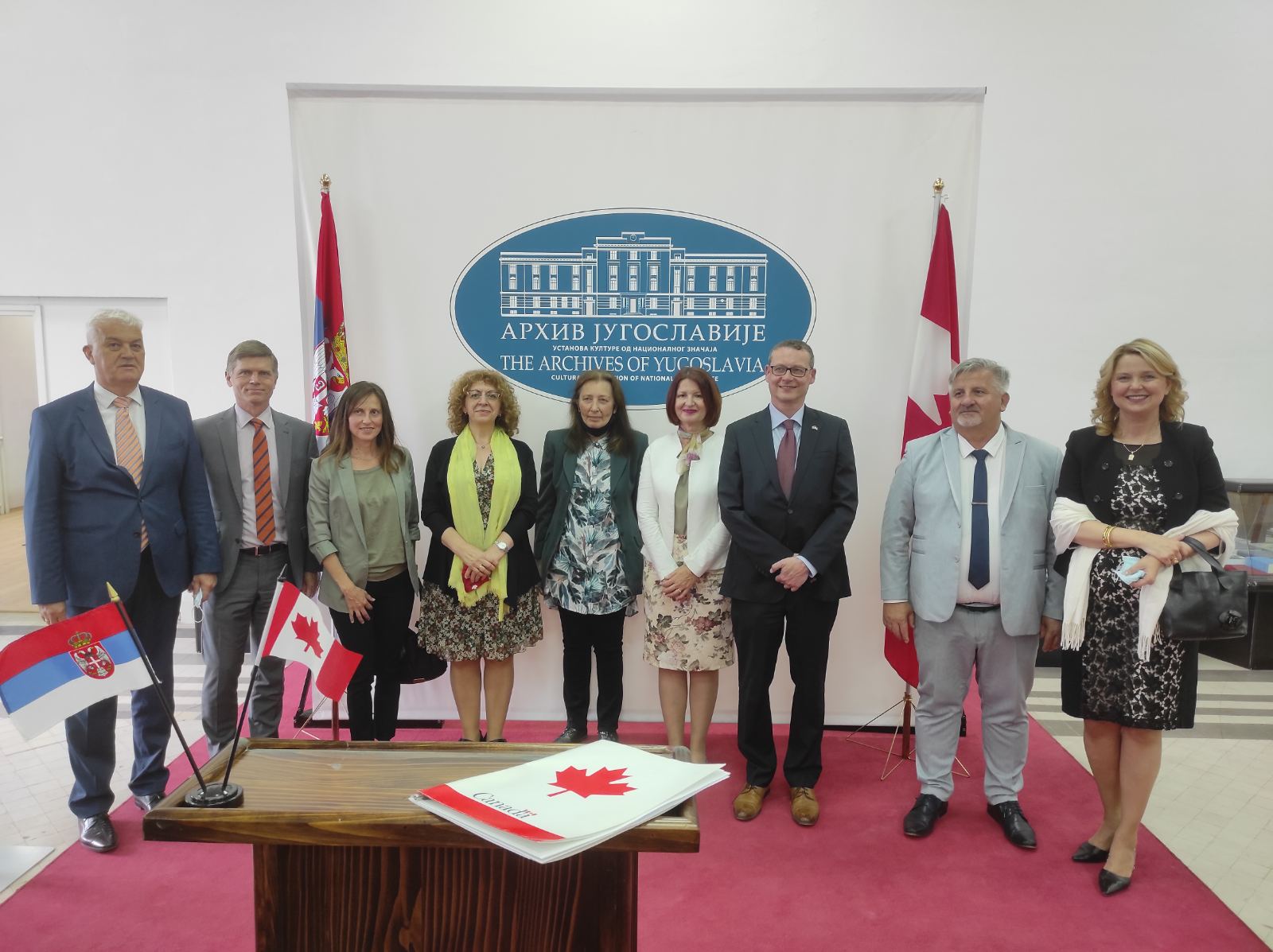 80 Years Since the Establishment of Diplomatic Relations Belgrade – Ottawa

Organized by the Archives of Yugoslavia in cooperation with the Ministry of Foreign Affairs of the Republic of Serbia and the Embassy of Canada opened the exhibition celebrating this significant anniversary in  the Archives of Yugoslavia on Monday, May 31st at 12:00 and the exhibition will remain open to the public until August 1st. The exhibition consists of archival documents, photographs, and bilateral agreements that testify to the continuity of strong ties between Serbia and Canada.

Although diplomatic relations began in the 1920s, the Decree by King Petar II Karadjordjević on May 30, 1941, signed in Jerusalem is considered as the official commencement of diplomatic relations between Belgrade and Ottawa when the inaugural of the Diplomatic Mission of the Kingdom of Yugoslavia in Ottawa was ordered.

Milan Terzić, Ph.D., Director of the Archives of Yugoslavia, Nemanja Starović, State Secretary of the Ministry of Foreign Affairs of the Republic of Serbia, Honorable Rob Oliphant, Parliamentary Secretary of the Minister of Foreign Affairs Canada, and H.E. Dejan Ralević, Ambassador of Serbia to Canada they addressed the guests. H.E. Giles Norman, Ambassador of Canada to Serbia hi opened the exhibition. Also, the exceptional event was attended by the CANSEE President, Dragana Davidović, and CANSEE Managing Director, Mirjana Dončić-Beaton.