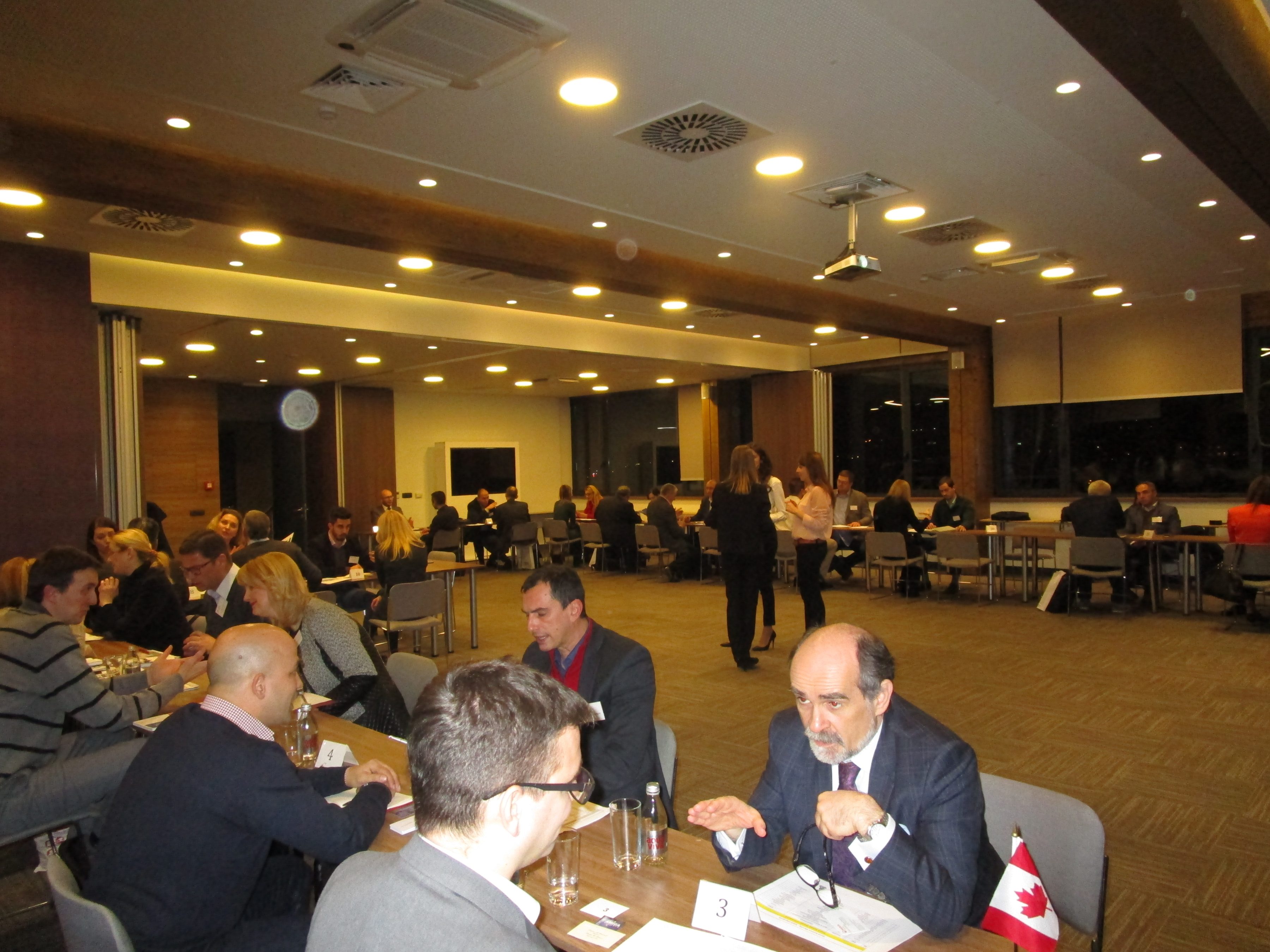 The concept of Speed Business Meeting, modeled on the best practices of Western European countries, represents a unique innovation in the way of expanding the network of contacts and initiation of future cooperation between the member companies of the organizers.

In a ten-minute, one on one conversation, company representatives had an opportunity to present themselves to potential business partners, exchange information and establish communication for future cooperation. After the official part, networking cocktail was organized, at which participants in a friendly and informal atmosphere continued business dialogue. Representatives of CANSEE Canadian Serbian Business Association, Italian and French Chamber of Commerce in Serbia, agreed in their assessment that such meetings contributed to the future of business cooperation of their members, also strengthening the partnership between the chambers themselves.