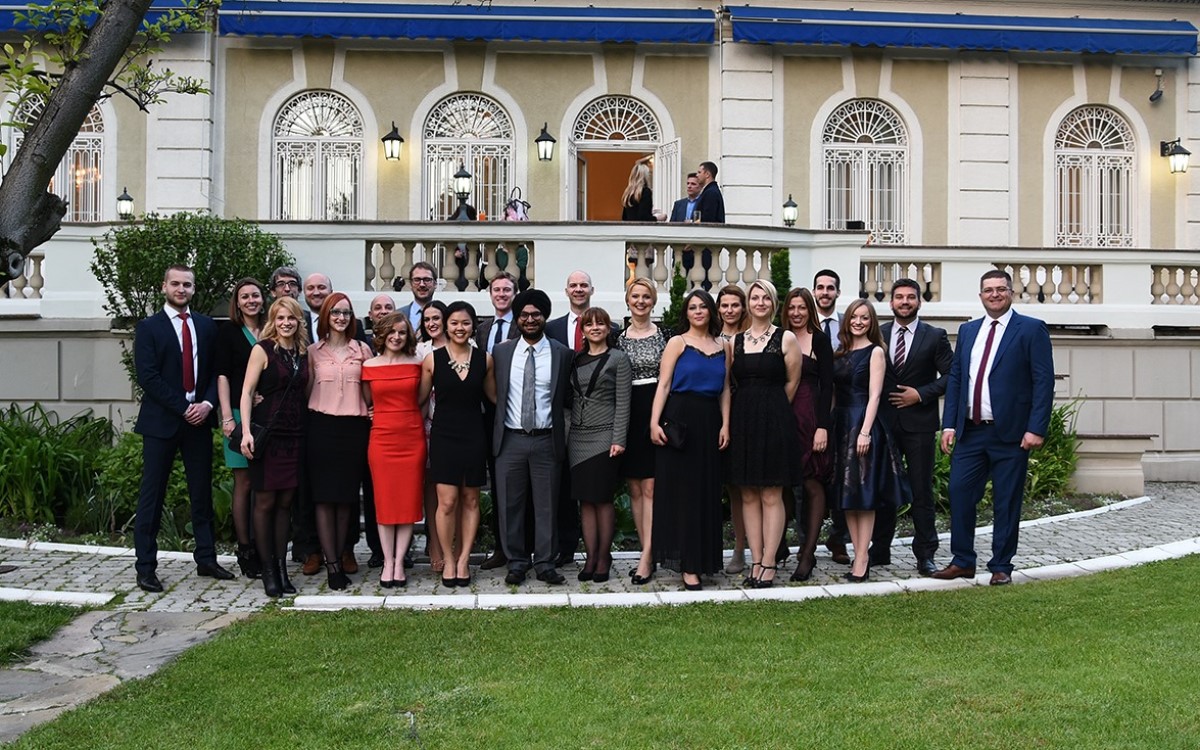 Yesterday evening, on May 17 2016, at 19h, a gala reception was organized in the Canadian Embassy’s residence on the occasion on the Canadian LEADER Project 2016. LEADER Project 2016 is an international educational programme from Richard Ivey Business School, one of the top-ranked business schools in the world. This programme has been organized by CANSEE Canadian-Serbian business association in cooperation with the Serbian Chamber of Commerce and the Canadian Embassy in Belgrade and implemented for the first time in Belgrade from May 9-20 2016.

The LEADER Project is a programme, continuously implemented since 1991 and it is currently taking place in eight countries: Russia, Moldova, Ethiopia, Haiti, Ghana, India, China and neighbouring Macedonia. The programme primarily aims at the provision of a contemporary business education in developing countries and countries in transition.

During the ten-day course, four Canadian LEADER instructors will teach business course material, support with case studies and offer individual consultations.  This will help the participants reach a more profound understanding of the course materials as well as assisting them in the optimal implementation of the acquired knowledge geared towards their specific business plans or working positions.

H.E. Philip Pinnington, the Canadian Ambassador in Belgrade, in his speech at the reception, stated that the Canadian Embassy would continue to support the CANSEE association, and that he wished that the LEADER Project in Serbia would become a tradition. He also expressed his hope that the project would take on more participants in the years to come.

The CANSEE President, Mr. Goran Obradović, stated that one of the primary objectives quoted in the statute of the CANSEE association since its founding has been a transfer of the best business practices and educational programmes from Canada to Serbia. He added that this project was the first step towards the realization of that goal.

At the reception, CANSEE Canadian-Serbian business association presented the letters of thanks to all the parties who have helped the implementation of the educational programme. The notes were presented to the Canadian Embassy in Belgrade, the Serbian Chamber of Commerce, Schneider Electric, Dominion Voting Systems, Division Visual Solutions which donated a SMART interactive board, Appolo Plus printing house, and to the Canadian instructors who represented the LEADER Project.