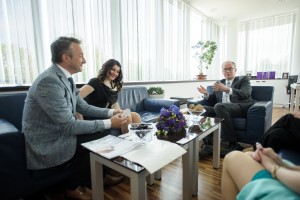 PharmaSwiss is recognized as the regional leader in solid dosage forms. PharmaSwiss is developing a growing portfolio of pharmaceutical products to meet some of the most urgent & unmet medical needs in the region where it operates.

PharmaSwiss has a broad product portfolio in seven therapeutic areas and operations in nineteen countries throughout Central and Eastern Europe, including Poland, Hungary, the Czech Republic and Serbia. The company also has operations in Greece and Israel. PharmaSwiss had annual revenues of approximately euro 180 million in 2010 and has been growing at approximately 20% per year over the past 5 years.