Schneider Electric is celebrating its anniversary of activities in Serbia and Montenegro by taking part in big projects, such as Hotel Hilton Belgrade, Lidl facilities all over Serbia, GTC Fortyone, complexes Kumbor and Porto Novi and installing electric chargers in the reconstructed garage in the Obilicev Venac Street. At the same time, good news is coming from the Schneider Electric DMS NS center, where the engineers are working on entering the gas business sector, following their great success in the field of electricity distribution system software.

After the successful development and production of ADMS software for optimal electricity distribution management, the company has expanded its activities to developing software for the management of gas network, AGMS, in Novi Sad. The first solutions have already been delivered, for the needs of the Dutch company Gasunie, says Dejan Markovic, Country General Manager of Schneider Electric for Serbia and Montenegro.

The company estimates that DMS NS will realize a growth of income of over 50% compared to 2016 by the end of the current year. This development center, one of 4 Schneider’s centers in the world, employs around 1,100 people, and the team grows larger each year. As Markovic says for eKapija, this is also the plan for the upcoming period, as the number of projects is constantly growing as well.

– We have penetrated a whole new market, gas infrastructure management. This is a kind of, so to say, smart grid, for gas only. We have shown, in fact, that everything that’s been done with the electricity distribution systems can, with certain modifications, be implemented in any other industry, which is extraordinary – Markovic says and adds that they hope for big jobs in this segment as well.

– The oil and gas market is big, and, since our colleagues from Novi Sad have remarkable experiences from throughout the world, I believe that it will be easy for them to continue going in the same direction – our interviewee adds.

Schneider Electric, the global leader in energy management and automation, is celebrating 15 years of activities in the markets of Serbia and Montenegro. Ever since its foundation, the business model of Schneider Electric has been built using the principle of a partner network and hiring local companies, and the network now brings together over 70 companies and three license partners with production facilities in Serbia, the company reminds.

– Our operations have been characterized by a specific business model, created to the end of engaging and stimulating local economy. We are proud of our license partners, which have adopted and implemented modern technologies, and then managed, through specific expertise, initially created for the needs of cooperation with Schneider Electric, to expand their operations to the region as well. 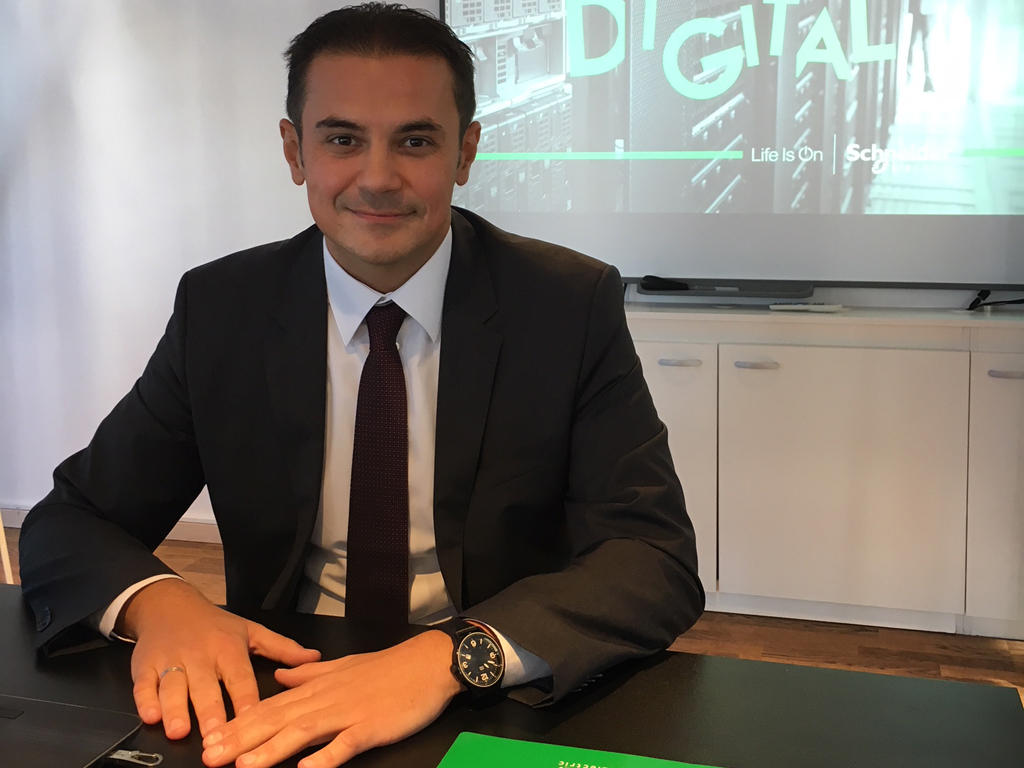 Dejan Markovic, Country General Manager of Schneider Electric for Serbia and Montenegro Schneider Electric is completing its fifteen years of activities in Serbia by taking part in projects such as the construction of Hilton Hotel Belgrade, to which they have delivered power security equipment, as well as the SmartStruxure solution, which enables monitoring, measuring and optimizing a building’s performance. The anniversary year has also been marked by the cooperation with the company Kromberg & Schubert, participation in the construction of Lidl facilities in towns across Serbia, installing equipment in GTC Fortyone office buildings, as well as the construction of big tourism complexes in Montenegro – Kumbor and Porto Novi.

– This is only a small part of the commercial and infrastructural facilities we have been engaged in – Markovic reminds and adds that, for example, most of the new office facilities in New Belgrade have had some of Schneider’s solutions implemented in them.

The company has recently also delivered electric car chargers, which have been installed in the reconstructed garage in the Obilicev Venac Street. The chargers have been brought in line with all international and local standards and they also have the Green Premium and Eco Passport certificates and have been developed in cooperation with electric car producers such as Volkswagen, BMW and Renault.

– The thing with electric vehicles got a considerable boost in 2017, and we have managed to provide charging for electric cars in several places now, from car salons, through the Societe Generale bank building, to the new garage in the Obilicev Venac Street... Serbia is on “the main corridor” and cannot remain outside these trends in the upcoming period. The progress is certainly visible – Markovic believes.

Schneider Electric has recently also presented the EcoStruxure platform, based on the Internet of Things technology, which serves as the basis for analysis, management, running and automation and provides greater value to consumers in various market segments. Based on exact measurements and analyses, it provides optimal solutions for energy and operating efficiency and enables end users to develop innovative solutions through which to connect their operating technologies with innovative information technologies. Schneider also secures the usage and connection of data from all operating levels in a safe cyber environment, whether through a cloud or on the company’s intranet.

Partner network in focus as well

– When it comes to partnerships, we are monitoring the market very closely, so our steps will depend on the demand. It is certain that we will focus on the development of new partnerships as well.

The new electronic flat-rate taxation system, the abolition of tax returns in order to mor...

On Tuesday, January 21, the Embassy of Canada, in collaboration with CANSEE Canadian-Serbi...